At Haven Power, we’re very proud of our community engagement programme – especially our commitment to helping local charities. Once again, we’ve chosen Eden-Rose Coppice Trust as our ‘Charity of the Year’. 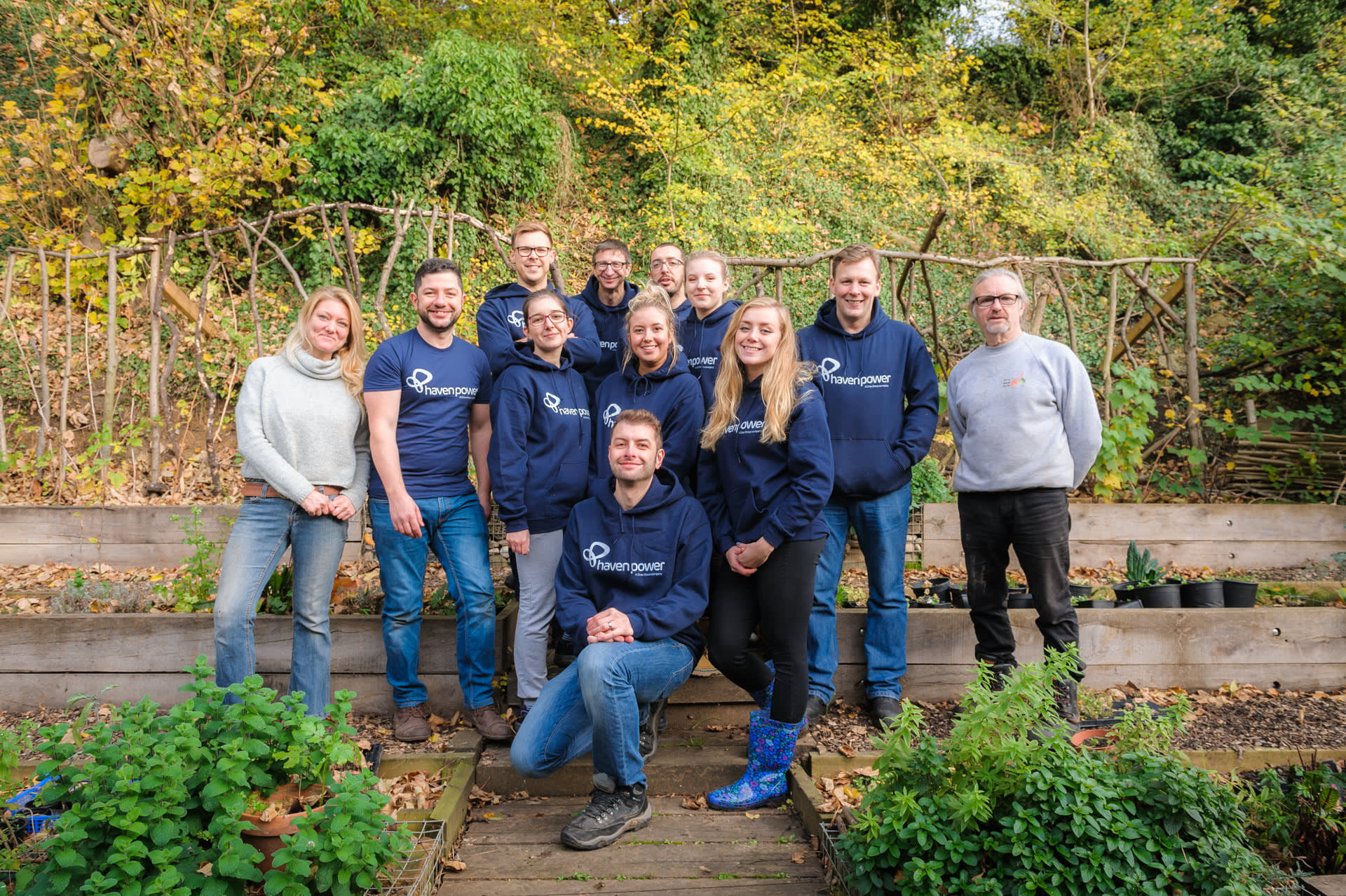 Eden-Rose is a community conservation charity that restores neglected woodlands for use by children and adults with life limiting illnesses, disabilities or other additional needs. One of the woodlands – Brickmakers’ Wood – is in the heart of Ipswich, and last year 112 Haven Power employees each had a day away from the office to take part in our volunteer programme at the site. The time donated in this way, together with employees’ unplanned volunteering on Saturdays, added up to a total of 840 hours.

Working in teams of around a dozen people, colleagues helped the charity to build fences, gates and a wooden log store, and to cut back overgrown areas. Away from the site, staff engagement with the charity has been high, and fundraising activities have included dress down days, marathons and other sporting events, bake sales and quiz nights. The charity’s founder Rob Brooks says “Haven Power’s support is making a huge difference, we’ve never seen this much commitment from a company. We’re now two-to-three years ahead of where we would’ve been otherwise.”

In addition, Brickmakers’ Wood suffered a spate of break-ins and thefts in the summer. Thieves stole tools and vandalised the site too, destroying many of the structures and other improvements that our volunteers had helped to create. These events forced the charity to suspend activities at the site until it was safe for users to visit.

After hearing about the break-ins, we sprang into action and donated an extra £5,000 to help the charity purchase extra security for the site. What’s more, our volunteers helped to restore much of the woodland to enable the charity to re-open.

We aim to continue this restorative work throughout 2018, helping to re-energise the project and ensure that end-users finally benefit from having access to a relaxing natural haven.