News / Iran and oil has impact on UK power prices

Iran and oil has impact on UK power prices

Stay up to date with energy market changes over the last 7 days, with Haven Power’s market report.

Here’s a summary of the week starting 14th May: 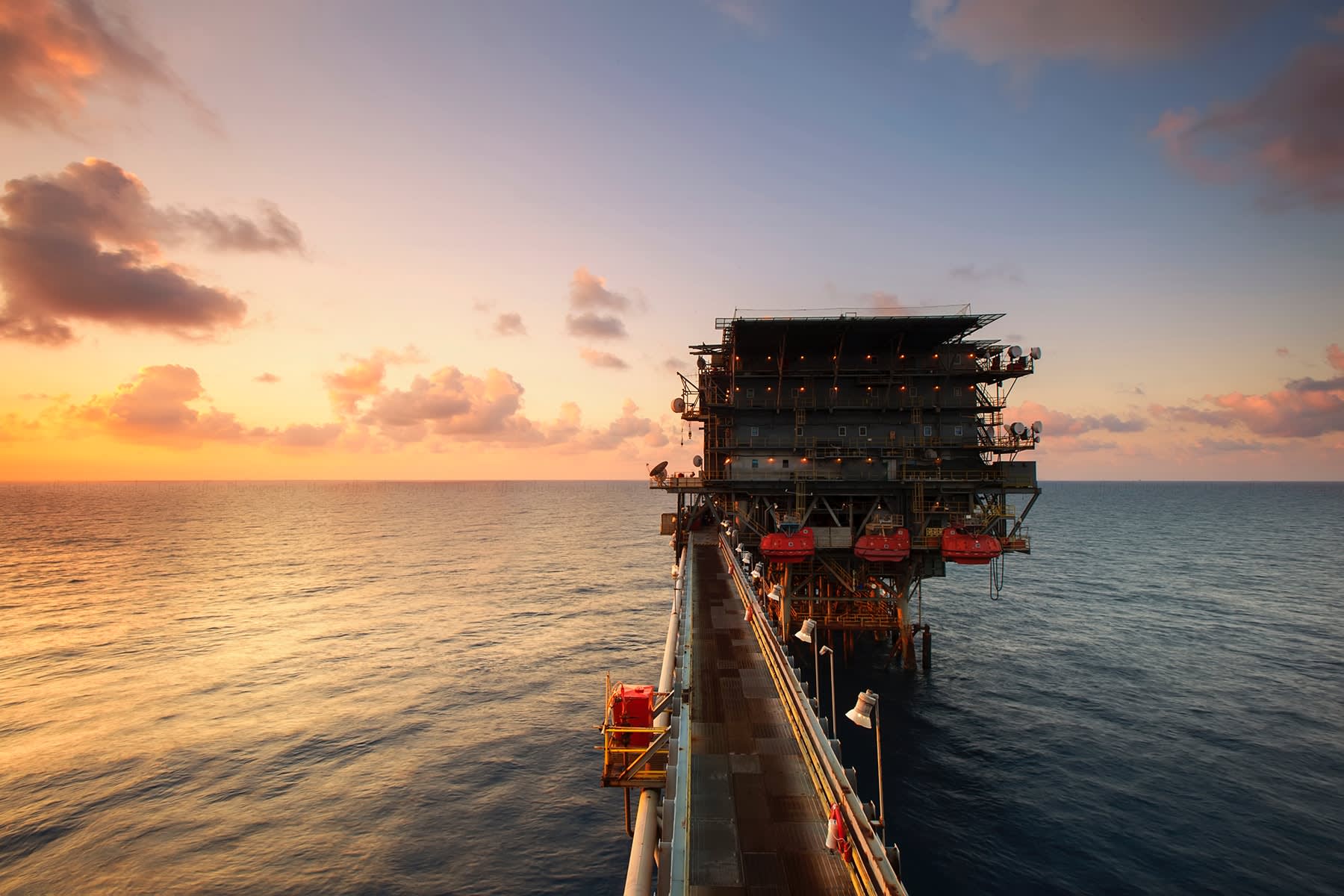 Prompt prices were strong once again during Week 20, with prices for baseload delivery comfortably above £50/MWh on every day.

Day-ahead power prices peaked at £55.83/MWh for delivery on 16th May; abnormally, this coincided with the week’s highest wind output. The high resulted from a price uplift of the day-ahead National Balancing Point (NBP) gas contract following higher demand forecasts. Prices for delivery on 14th May were the lowest for the week, at £52.01/MWh. This was also an abnormal situation, with low prices coinciding with low wind conditions, although the day’s solar output was high and probably suppressed the price a little. 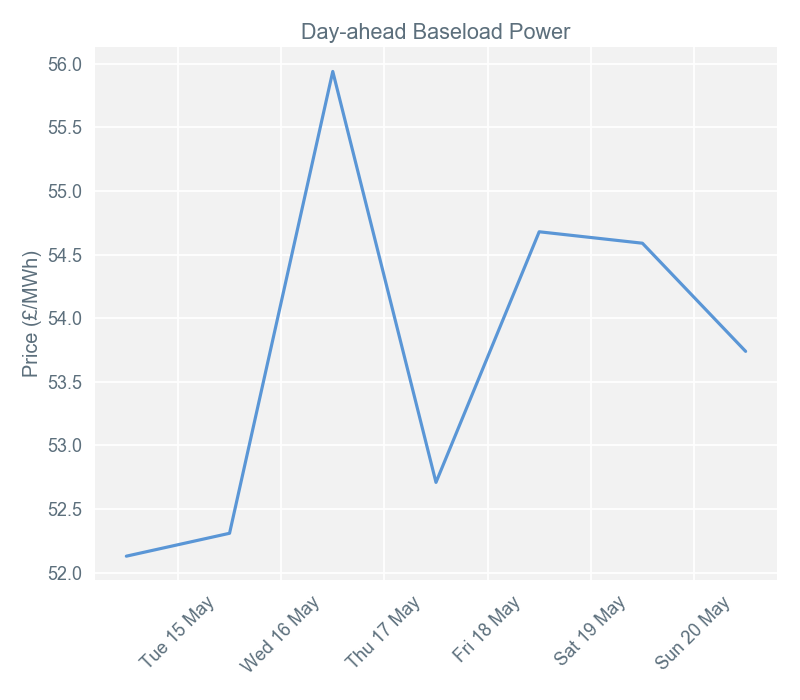 Single imbalance prices during week 20 averaged £48.21/MWh; there were no periods of negative pricing and a few spikes of over £100/MWh.

The highest price of £158/MWh was for settlement period 42 (20:30-21:00) on 20th May. During this period, National Grid paid £158/MWh to Killingholme Combined Cycle Gas Turbine (CCGT) plant to increase its generation output (it produced 135MWh) and ease system stress. During the same period, the System Operator also paid Brigg CCGT £149/MWh for 34MWh of generation, and £97/MWh to a number of smaller embedded generators for their contributions.

The lowest price during week 20 was during settlement period 12 (05:30-06:00) on 18th May, when the UK was oversupplied. A number of CCGT plants had paid National Grid to remove themselves from the generation mix, and the System Operator paid Immingham Combined Heat and Power (CHP) plant not to generate, as the grid didn’t need its output. 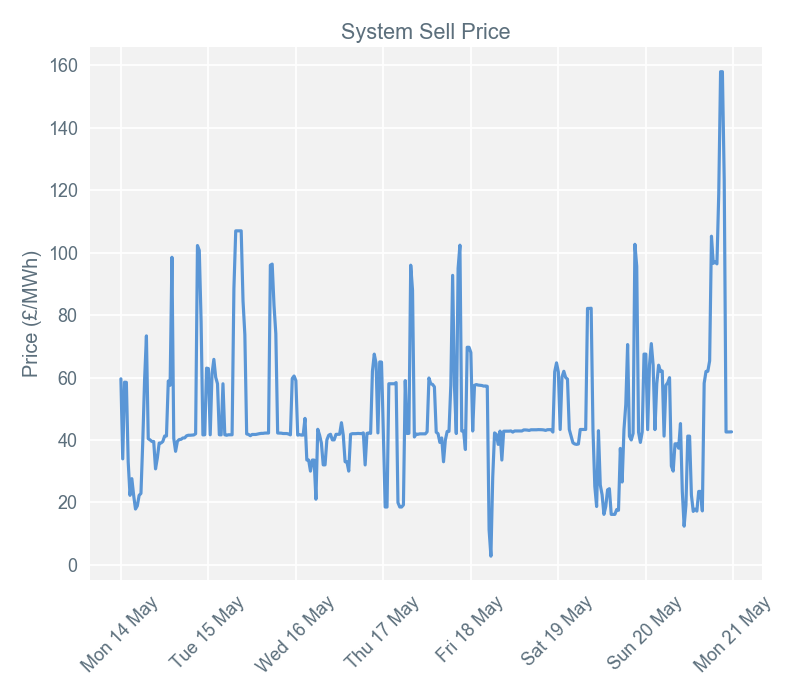 Solar output exceeded wind output on all but one day during week 20, highlighting a shift in dominant renewable source as the summer season progresses.

Solar output peaked at almost 9GW on 14th May, with similar output levels on 15th, 17th and 19th, as the UK enjoyed clear skies and warm temperatures. With high levels of solar output, and the price of Carbon still relatively high, coal was again prevented from playing a significant role in UK power generation; coal averaged only 300MW during week 20. 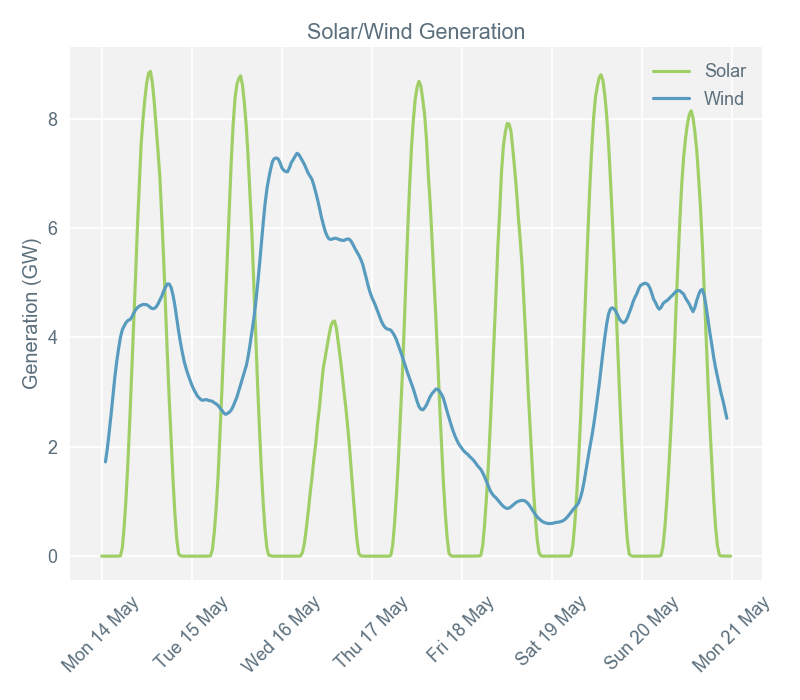 Secure and Promote* (Seasons +1, +2, +3, +4) baseload contracts again made fairly significant gains during week 20, with contracts rising £1.65/MWh on average. Despite some price dips at times across the week, the Brent Crude oil benchmark traded strongly, once again exerting its influence over other fuel commodities.

This benchmark is currently trading at levels last seen at the end of 2014. As then, the increase in oil’s value had a direct impact on European coal and National Balancing Point (NBP) gas contracts, with these gains pulling up UK power prices.

On Thursday, the energy giant Total signalled its intentions to pull out of Iran because of US economic sanctions. This news coincided with a price jump during the morning trading session of over £1/MWh across the seasonal contracts, once again highlighting the influence of geopolitics on UK power prices. 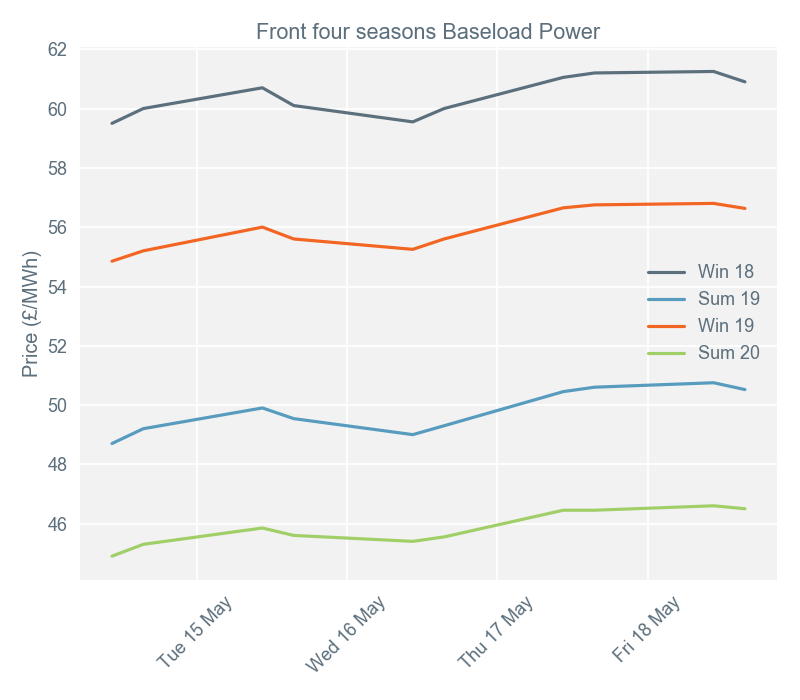 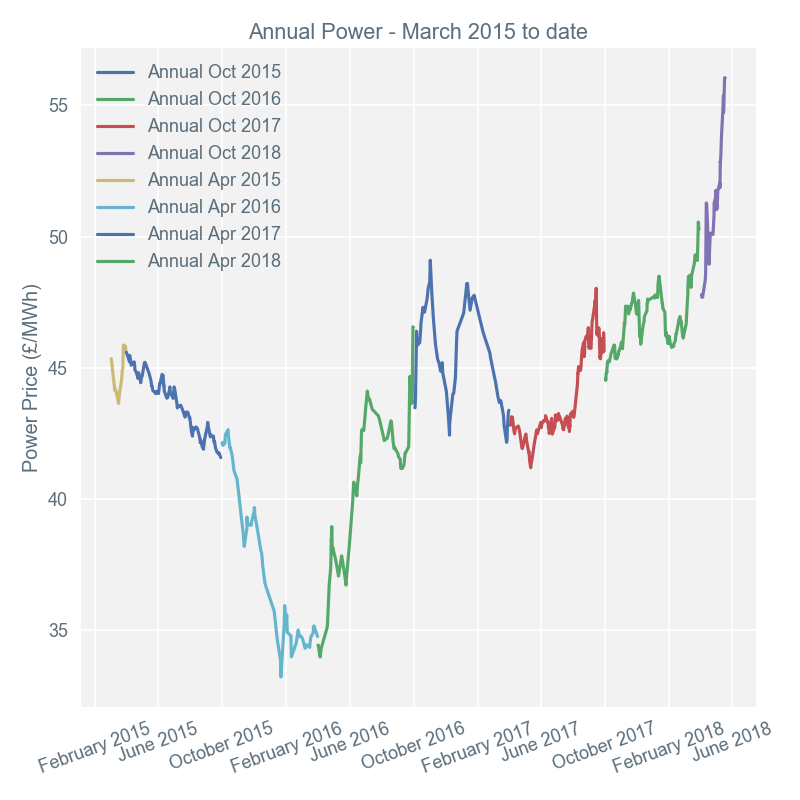