News / Oil, not wind, poses threat from the east

Oil, not wind, poses threat from the east

The Haven Power market report: helps you stay up to date with energy market changes covering the past 7 days.

Here’s a summary of the week starting 19th March: 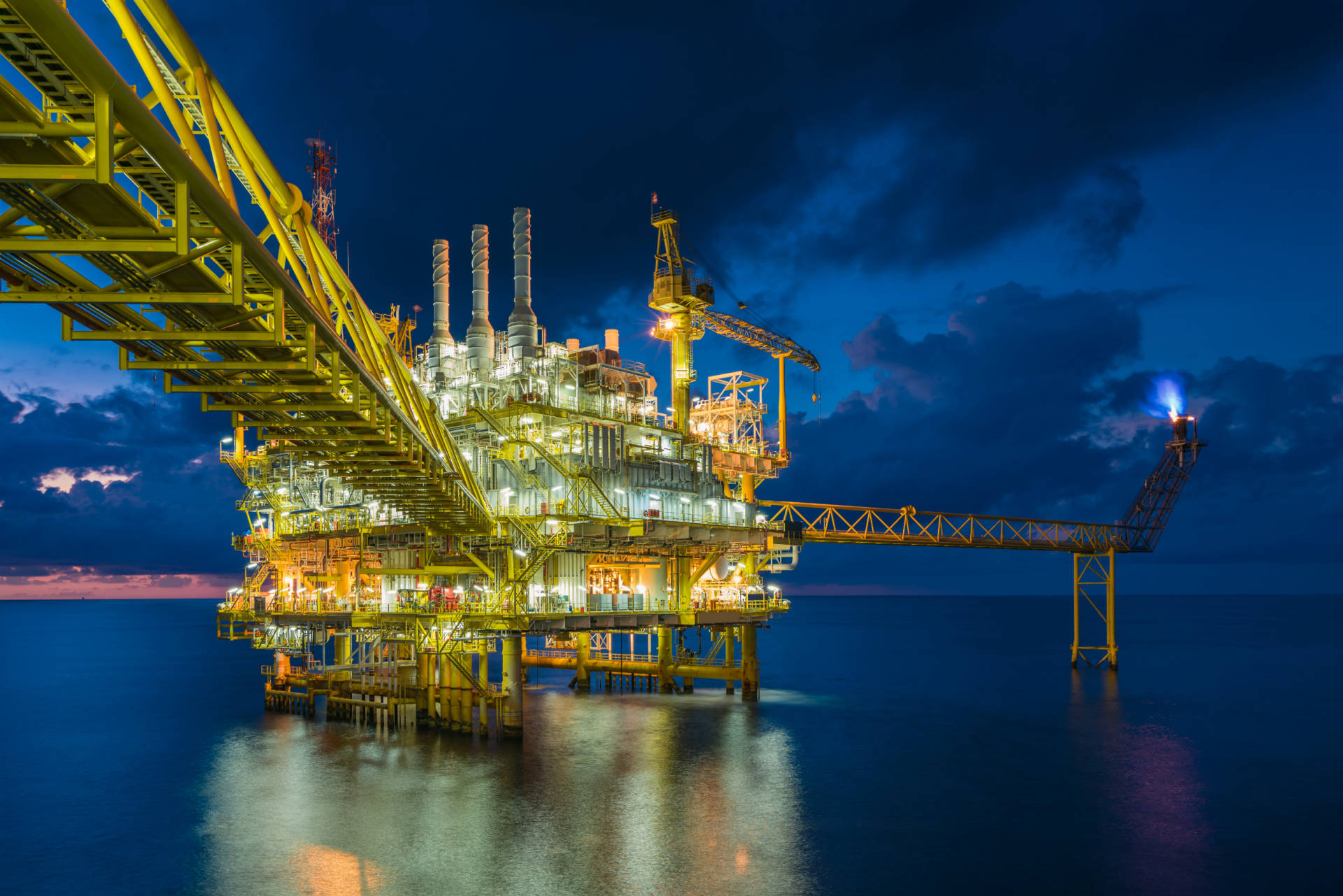 Prices for day-ahead baseload delivery were more subdued during week 12 than in previous weeks.

The week’s high of £55.24/MWh was for delivery on 19th March – despite high solar and wind output. However, this was over £30/MWh cheaper than the price peak for week 11. The week’s lowest prices of £50.39/MWh were for delivery on Sunday 25th when demand was also low.

Oversupply on the National Balancing Point (NBP) led to lower day-ahead prices for delivery on Tuesday compared to Monday. This helped to offset the lower wind forecasts for Tuesday, which would usually lead to an increase in day-ahead pricing. Interestingly, this week’s day-ahead prices weren’t as correlated to wind forecasts as they’ve been in the past, as NBP fluctuations were able to assert greater pressure. 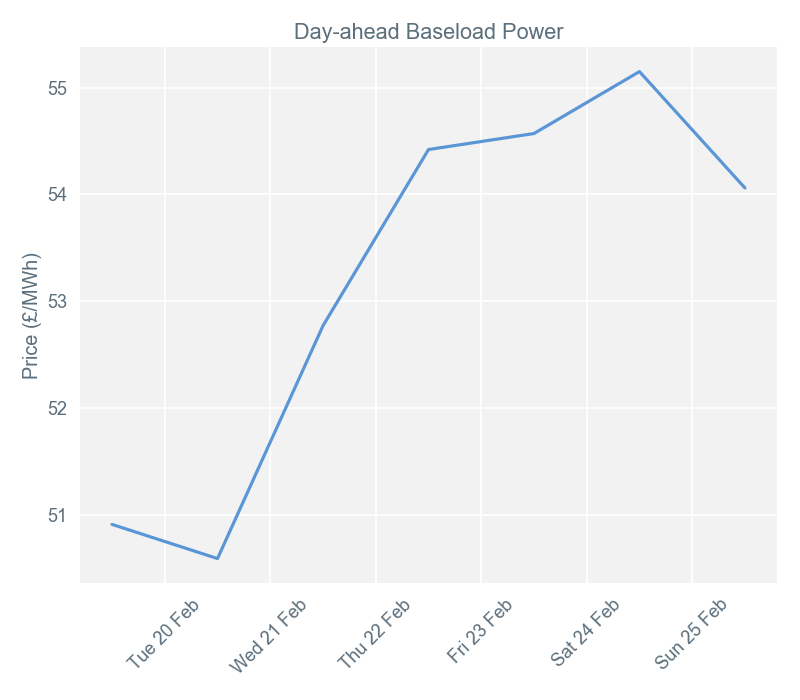 Single imbalance prices during week 12 averaged £49.54/MWh, down on the previous week.

The price for settlement period 39 (19:00-19:30) on Sunday 25th March was the highest, finalised at £158/MWh. During this period, National Grid paid – among others – Killingholme Combined Cycle Gas Turbine (CCGT) to generate to ease system stress. The generator’s price ultimately set the imbalance price for that period. As the UK moved to British Summer Time over the weekend, and darkness falls later in the evening, the demand peak has also shifted to later in the day.

The lowest imbalance price during week 12 was for settlement period 30 (14:30-15:00) on 22nd March, when the price out-turned at -£49.03/MWh. (The minus sign indicates that the UK system was oversupplied at that time.) During this settlement period, National Grid had to pay generators to reduce their output because too much electricity was on the system. The final price was made up of the system operator paying large offshore wind farms up to £195/MWh to turn off, as well as CCGT generators paying National Grid not to generate. CCGT plants, if scheduled to generate, can pay not to do so if they want to save on gas costs. As there’s no fuel cost associated with wind generation, offshore wind generators will make themselves available to National Grid for shut down, but only at a cost that covers the renewable subsidy they’d be missing out on by failing to generate. 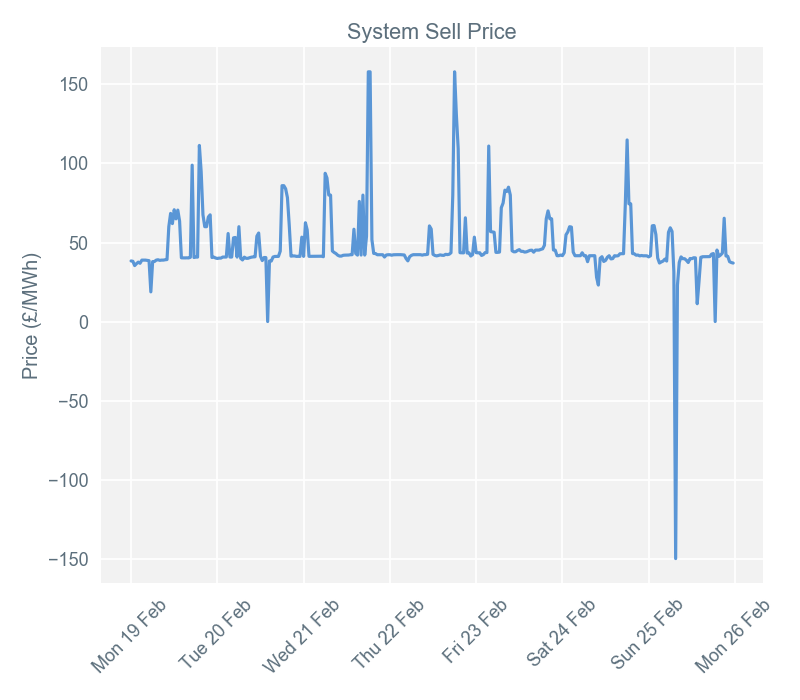 Wind generation fluctuated between 2GW and over 11.5GW (on 23rd March) during the working week, with an average of 5.8GW. The average for the weekend days was 2GW.

Solar output peaked at over 7GW on 21st March, hinting at the arrival of spring and coinciding with 7GW of wind. Despite the renewable output, there remained over 5GW of coal-fired generation on the UK system, proving that the fossil fuel can still play its part in meeting national demand.

Brent Crude oil prices increased last week to over $70/barrel. This was because Saudi Arabia – the world’s largest nation-member of the Organization of the Petroleum Exporting Countries (OPEC) – was expected to announce supply cuts extending into 2019. 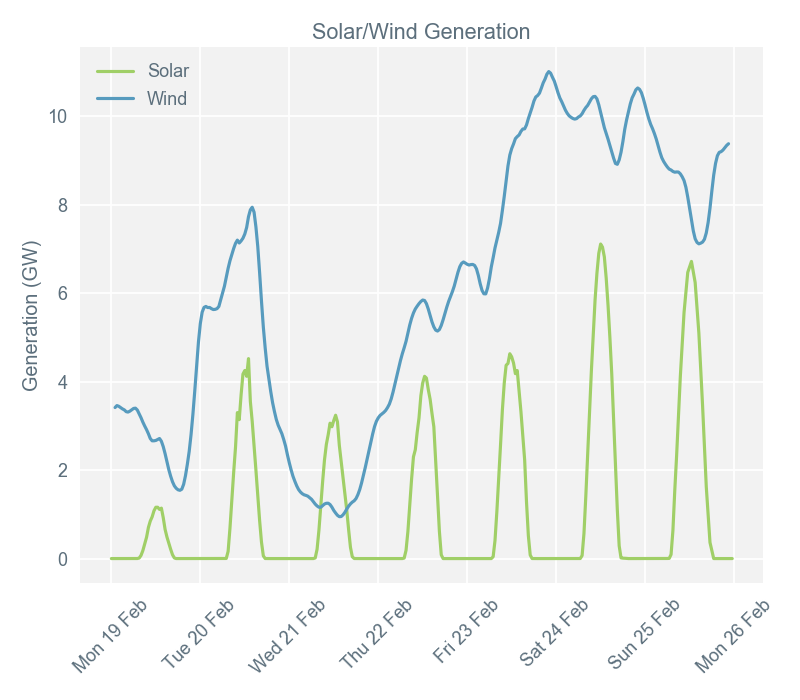 The increases at the beginning of the week could be attributed to gains on the NBP, as well as the EU carbon market. Both played a part in the slight losses at the end of the week: the retreat of NBP prices, and associated losses, were stemmed by the price of EU carbon increasing. Fluctuations in the value of carbon have an impact on power prices due to the continued presence of fossil fuel generation in the UK fuel mix. 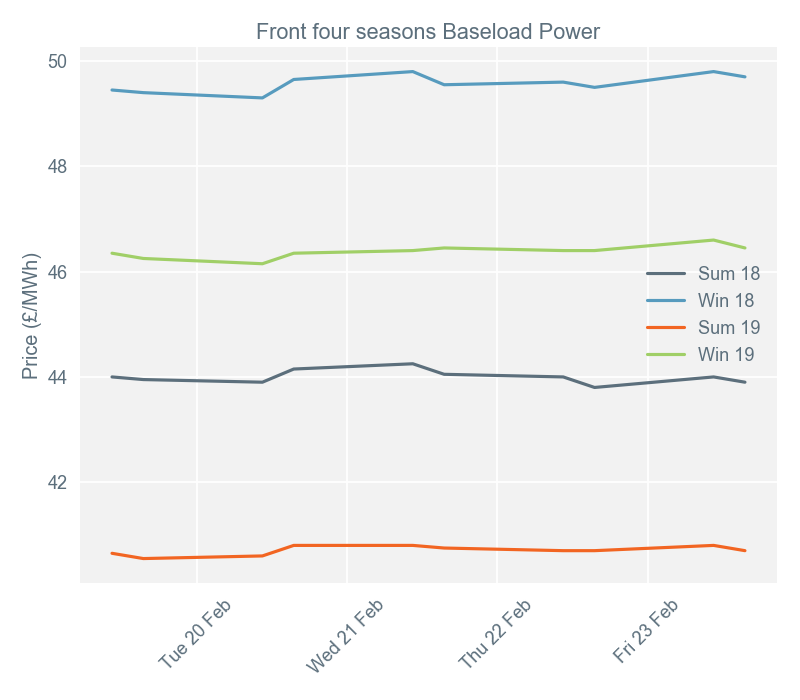 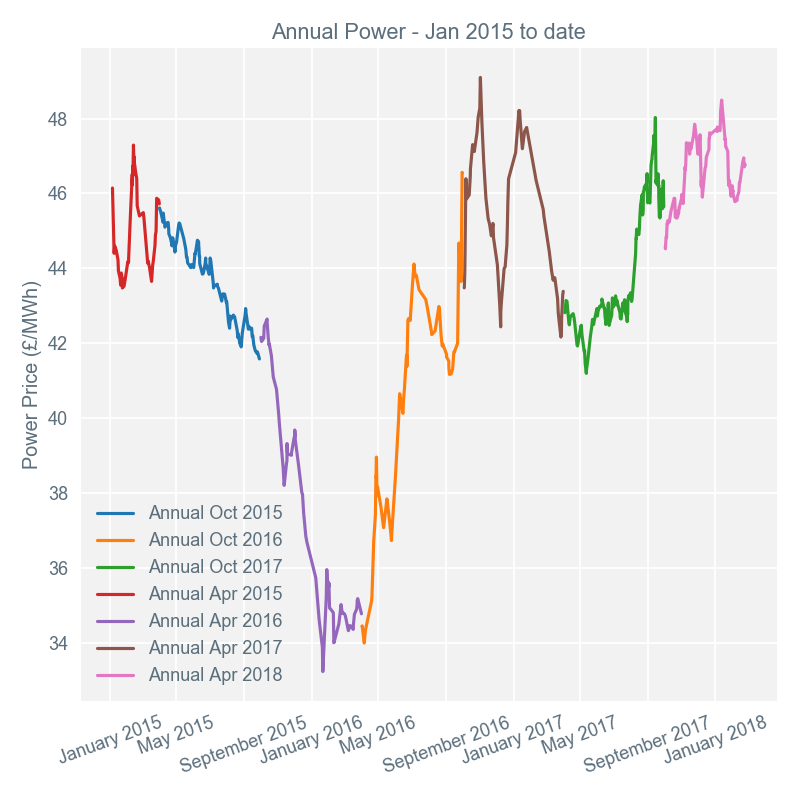