The Haven Power market report updates you on the week’s changes in the energy market.

Here’s a summary of the week starting 2nd April: 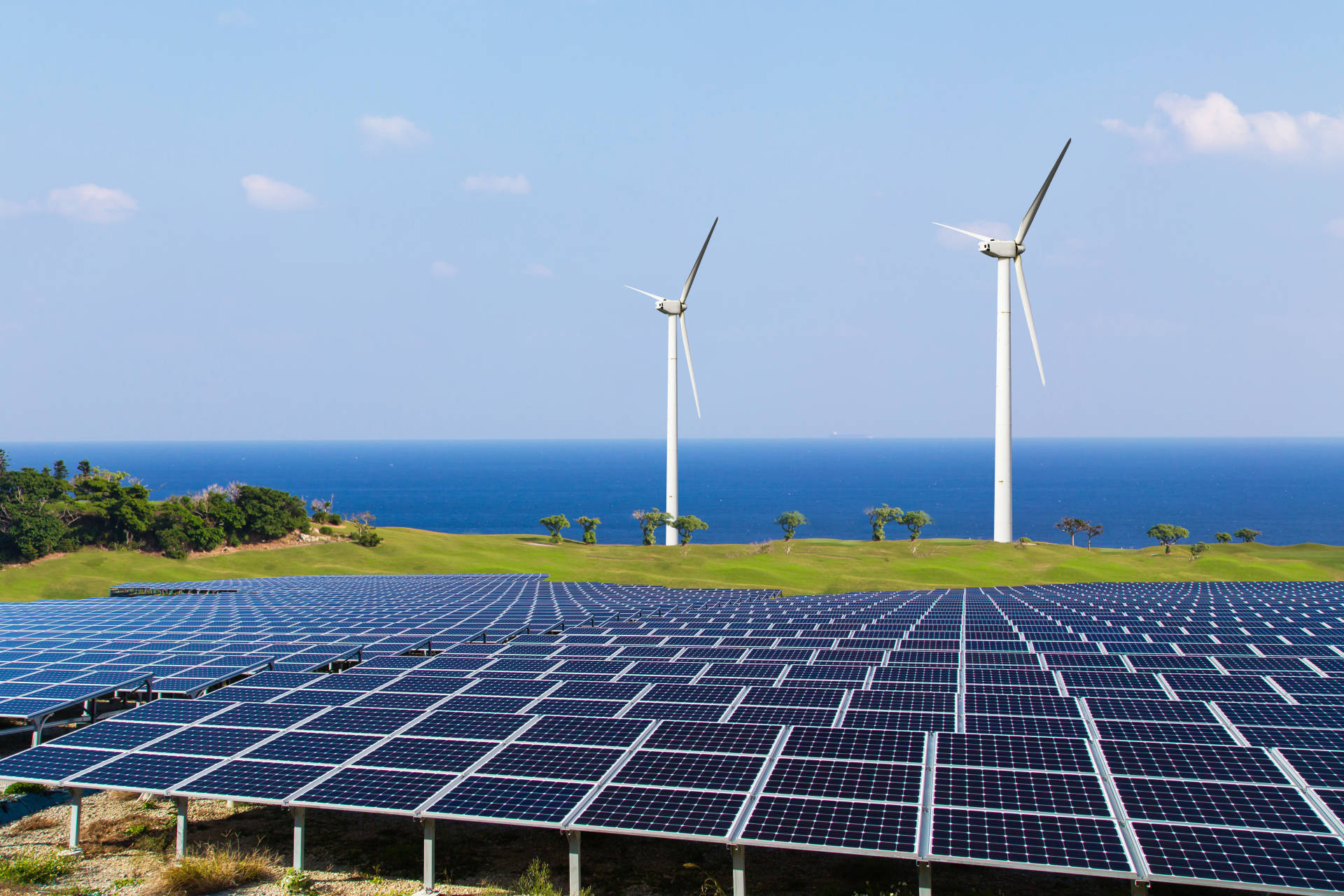 Prices for day-ahead baseload delivery during week 14 reached a high of £50.74/MWh for delivery on Tuesday 3rd April, when wind output was approximately 7GW across the day .

The price for baseload day-ahead delivery was at its lowest on Friday 6th April; unsurprisingly, renewable generation was forecast to be high on this day. The forecasters were proved right, as almost 12GW of wind accompanied 6GW of solar generation. The strong wind forecasts pushed the day-ahead baseload price down to £47.05/MWh, the lowest level since February. 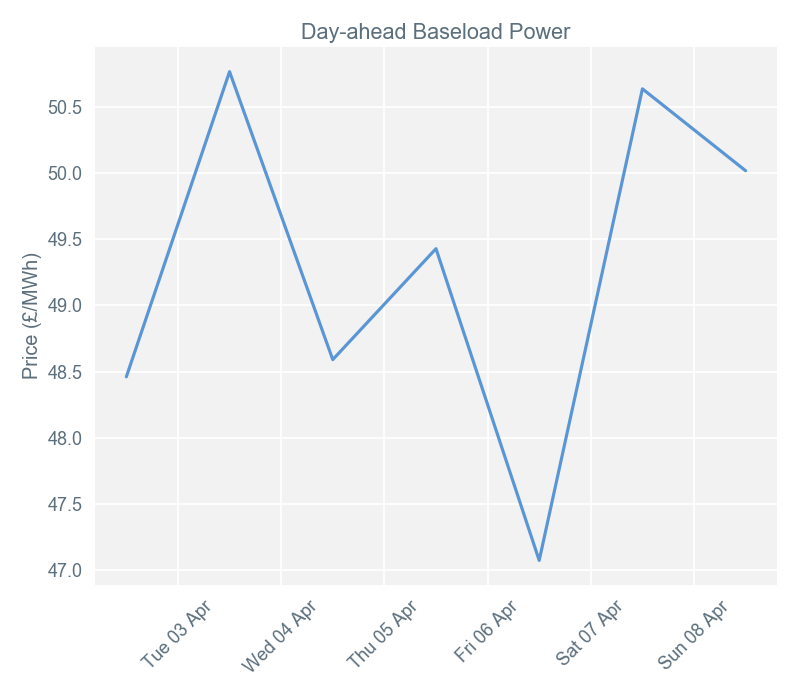 Single imbalance prices during week 14 averaged £49.01/MWh, due to a combination of price spikes and lows.

The price for settlement period 22 (10:30-11:00) on Saturday 7th April was the highest for the week at £111.12/MWh. During this period, National Grid paid Dinorwig Power Station (a pumped storage hydro plant) up to £140/MWh to generate, easing system stress. National Grid also paid £87.50/MWh for Sloy G3 hydro, and £78/MWh for Fasnakyle hydro, to generate.

The week’s lowest pricing was for settlement period 31 (15:00-15:30) on the same day, 7th April – also a period of negative imbalance pricing. During this period, National Grid paid Dinorwig hydro to consume electricity, as the system had too much generation. As they were no longer required to generate, a number of large combined cycle gas turbine (CCGT), coal and Combined Heat and Power (CHP) plants paid to take themselves out of the generation mix and save on fuel costs. The cost of these actions, among many others, resulted in the final price of -£0.89/MWh. 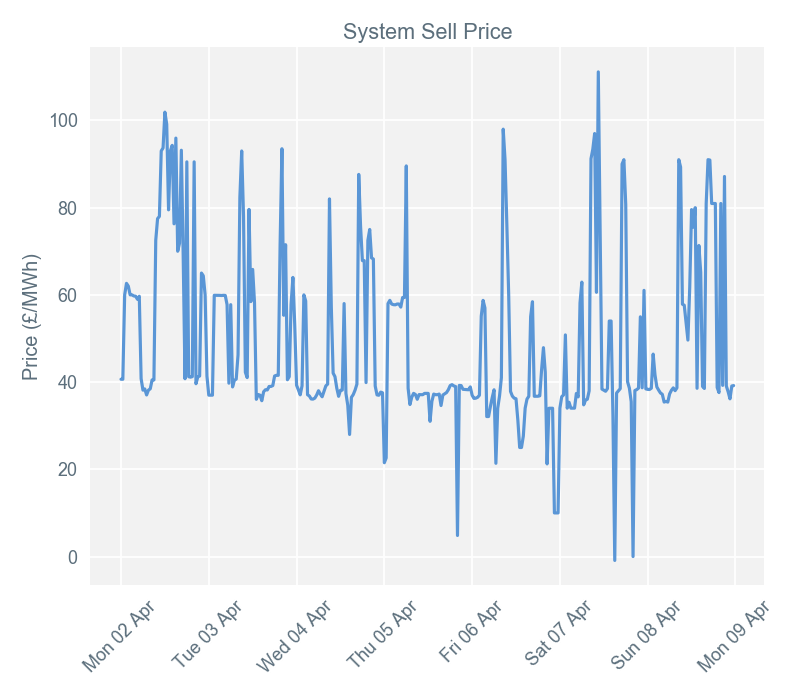 Wind generation saw large fluctuations over the week, from over 11GW on 2nd, 4th and 6th April to less than 1GW on 8th April.

Sunny conditions across much of the UK on Thursday 5th April resulted in solar generation reaching almost 9GW – over 21% of the UK fuel mix at the time. The sun’s rays suppressed national demand to around 30GW during the middle of the day; just the day before around noon, national demand had been at 36GW. Renewable generation was particularly high on Friday 6th April, when an elevated level of solar output coincided with 12GW of wind generation. This meant renewables were contributing over 45% of the UK generation mix at that time, also partly explaining why coal-fired generation was pushed out of the mix for almost the entire day. 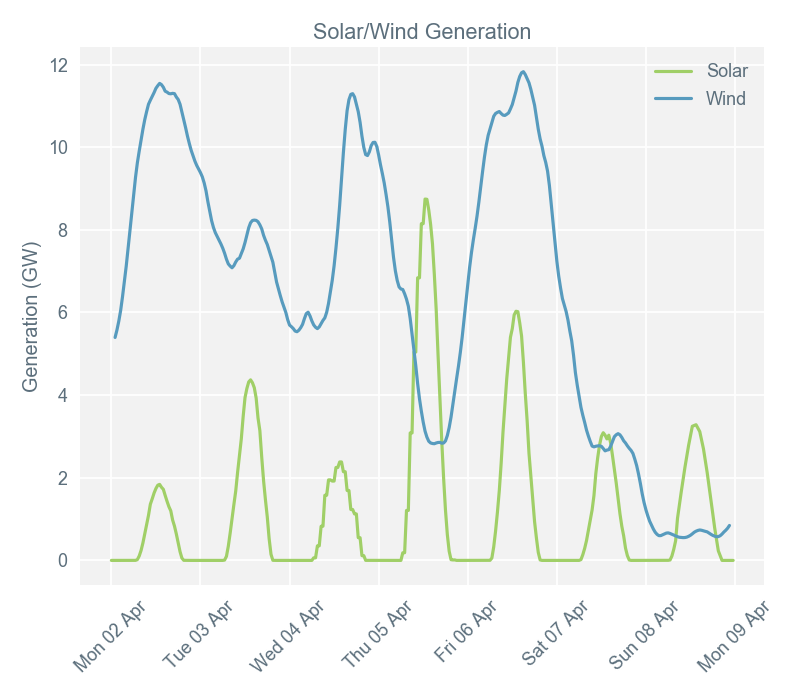 Secure and Promote* (Season +1, +2, +3, +4) baseload contracts gained £0.46/MWh on average during a shortened week of trading. This continued the bullish conditions for another week, albeit to a lesser extent than in recent weeks.

The front season, now winter-18, was almost unchanged over the course of the week – although there were greater gains in the later-dated seasonal products. The price of European carbon seemed to be the most significant influencer over the UK electricity curve last week, as seasonal products adjusted in line with movements in carbon pricing. Seasonal products gained slightly during Tuesday’s trading sessions as coal and oil showed gains, with some value being lost on Wednesday after a dip in European carbon prices. Slight losses were seen again on Thursday, once more with carbon being the driver. However, on Friday, carbon – along with both coal and National Balancing Point (NBP) gas prices – displayed some price strength. This filtered through to the UK electricity curve, which showed subsequent modest gains.

For some time, NBP gas prices have been the most significant contributor to the direction of the UK wholesale power curve. However, with European carbon prices increasing by 25% over the last month, they’re now having more of an influence over electricity pricing than before. 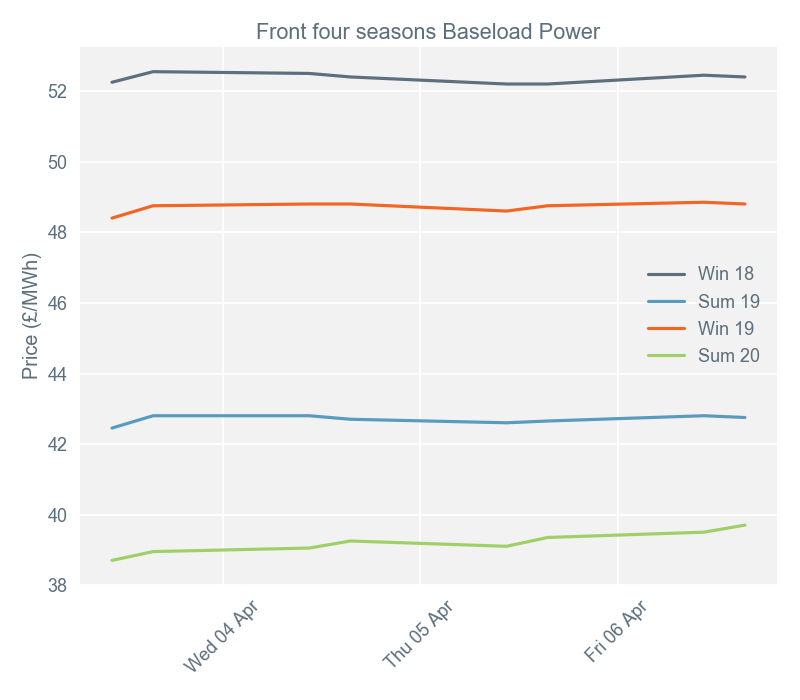 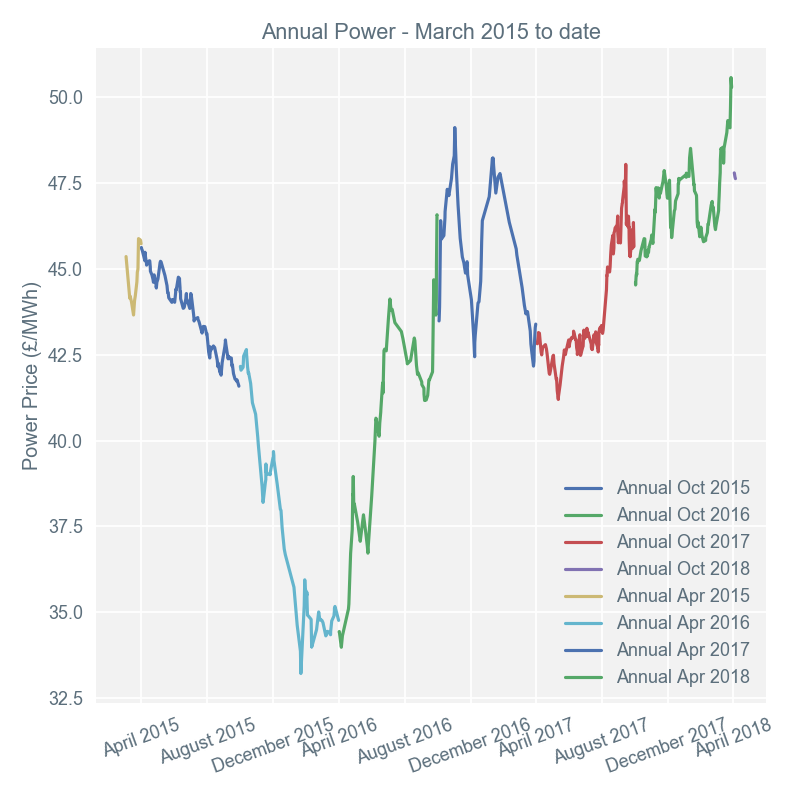