Here’s a summary of the week starting 18th June: 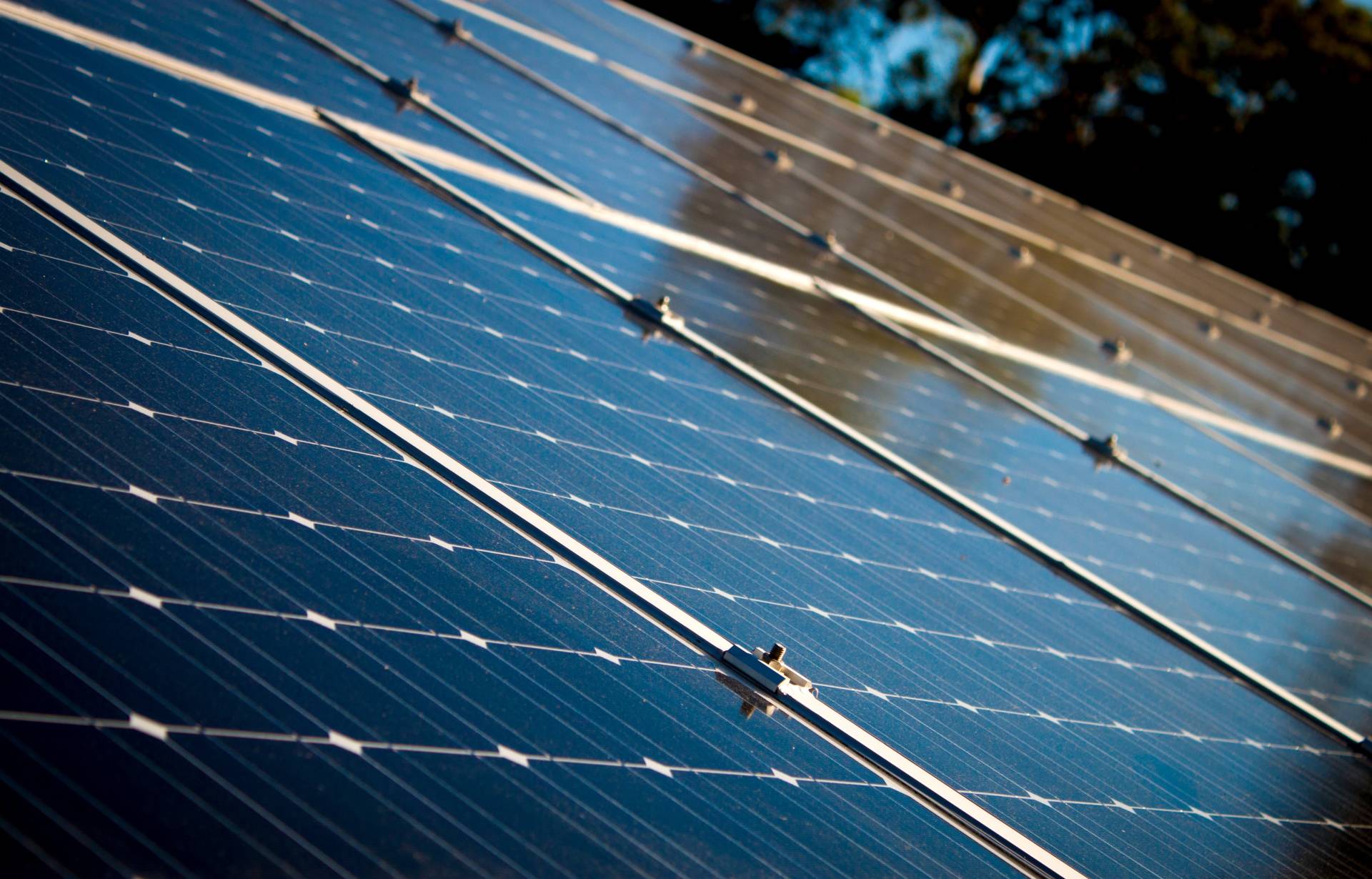 Relatively low wind and solar output caused the week’s highest prices. This meant that demand on the system was higher, and National Grid needed to call on more expensive generation types to make up for the lack of cheap renewable power. The week’s lowest price was when wind output was low. Although solar output peaked at 8GW, demand on the system was low due to it being a warm and sunny weekend day. 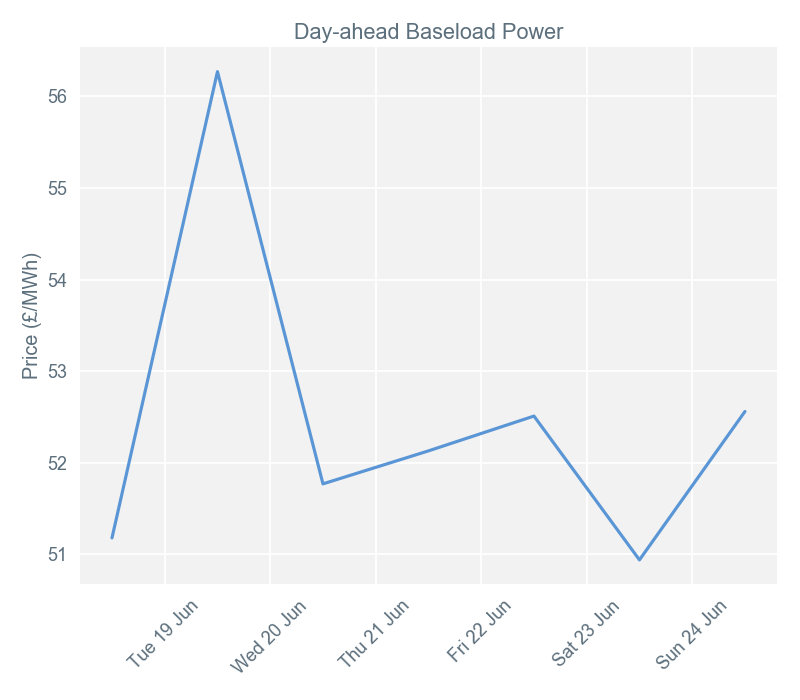 Single imbalance prices during week 25 averaged £51.68/MWh, with some periods above £100/MWh. There was also a negative price period.

The week’s highest final price was £125.34/MWh, for settlement period 35 (17:00-17:30) on 19th June, when the UK system was over 600MWh short of generation. National Grid took a number of actions to create the final price. The most influential were Killingholme Combined Cycle Gas Turbine (CCGT) – contributing 140MWh at a price of £148/MWh – and Corby CCGT, contributing 100MWh at £121/MWh. Dinorwig pumped storage hydro was also called upon at £140/MWh, although it contributed less volume.

The lowest price during week 25 was for settlement period 5 (02:00-02:30) on 21st June, when high levels of wind output left the UK system with too much power. The London Array offshore wind farm made the most expensive offer (£152/MWh) to reduce generation, although National Grid only paid this price for a few MWhs. An unknown generator offered to reduce output by 255MWh at £5.50/MWh, which determined the final price – although other wind generators contributed. These included Clyde Windfarm and Crystal Rig, with both turning down their generation output for the price of the subsidy they’d have received if they’d been generating. 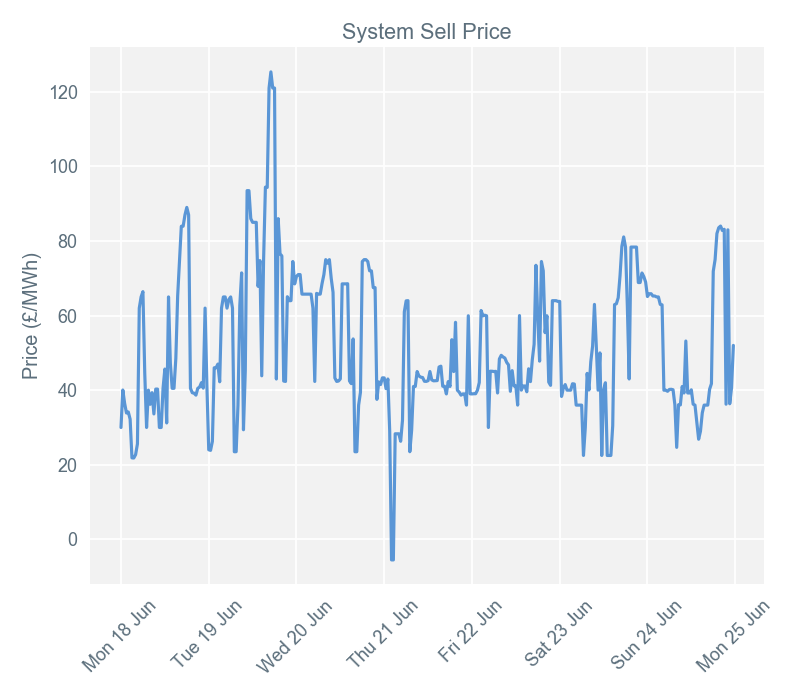 Renewable output – particular from solar, which peaked at over 9GW on 22nd June – was high during week 25. Wind output was relatively high at the start of the week, although it tapered off after a few days. At 13:30 on 21st June, solar output peaked at 8.2GW and wind reached 9GW: this combined 17.2GW accounted for over 46% of the generation mix at that time. Higher solar output towards the end of the week reduced demand on the transmission system, resulting in the decline of day-ahead prices. 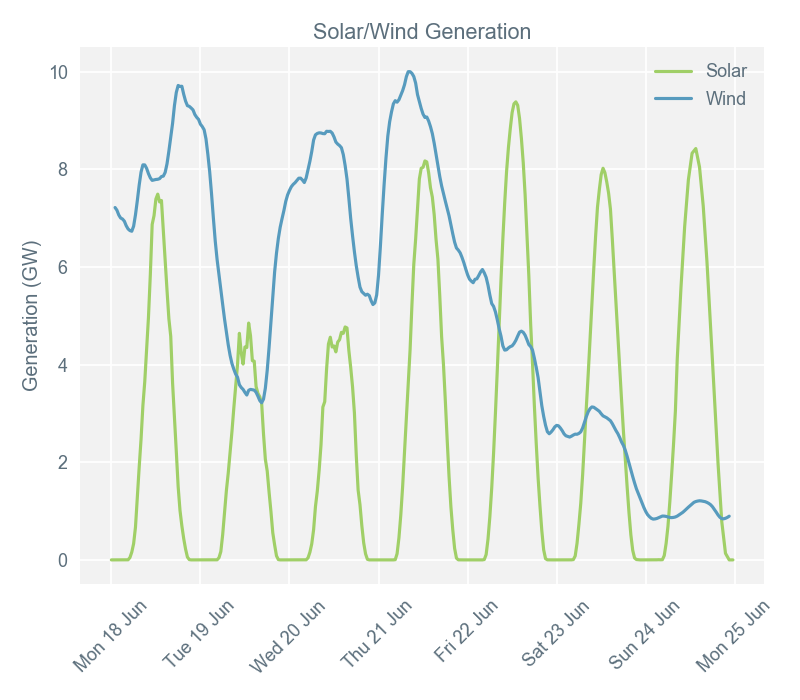 Secure and Promote* (Seasons +1, +2, +3, +4) baseload contracts experienced slight gains during week 25, with the exception of the Winter-18 contract.

An extension to nuclear outages in Belgium aided bullish sentiment in UK gas and subsequent power contracts on Monday, with the winter-18 contract making gains of £0.40/MWh. These gains were lost on Tuesday as fuel commodities dropped in value, pressuring gas and power contracts down once again. This meant that the Brent Crude oil benchmark was trading at its lowest level since the start of May 2018. However, the benchmark returned to its bullish ways on Thursday, as the market anticipated the meeting of the Organisation of the Petroleum Exporting Countries (OPEC). OPEC announced that production levels would increase slightly, although not enough to cover reductions in production by other oil exporting nations. 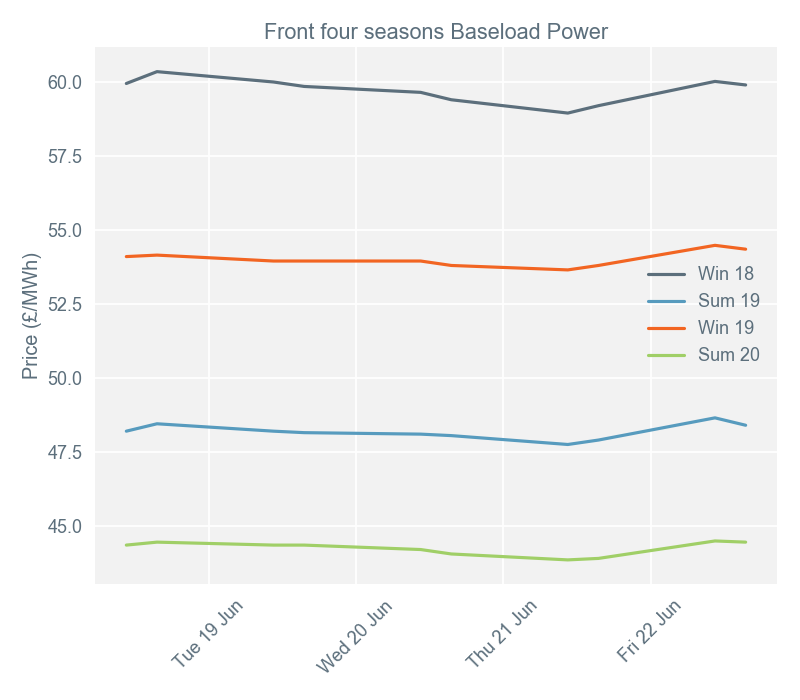 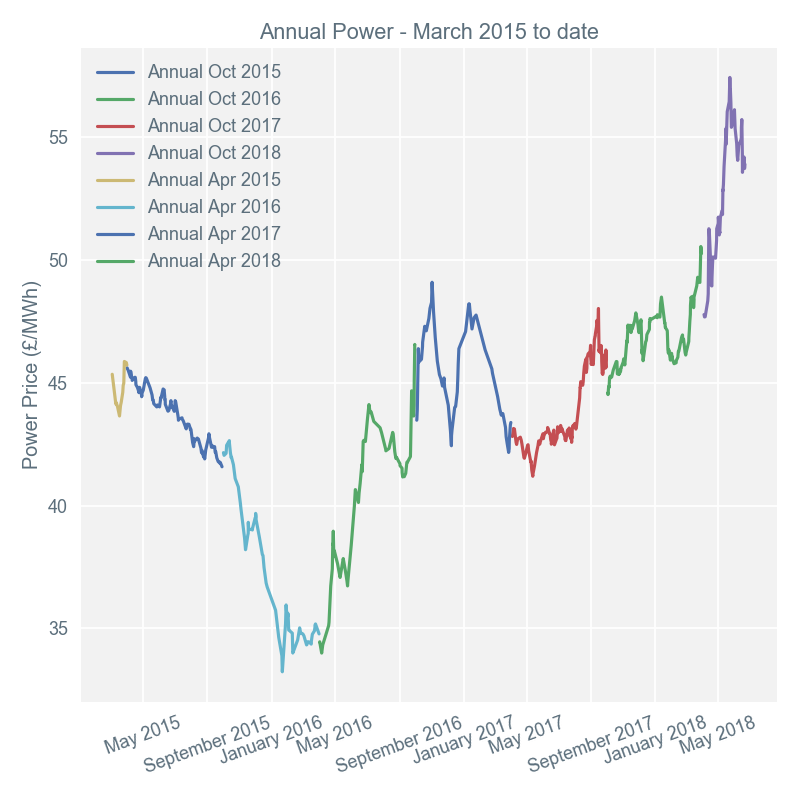