News / UK powers on without coal

UK powers on without coal

The Haven Power market report: your weekly update on energy market changes over the last 7 days.

Here’s a summary of the week starting 23rd April: 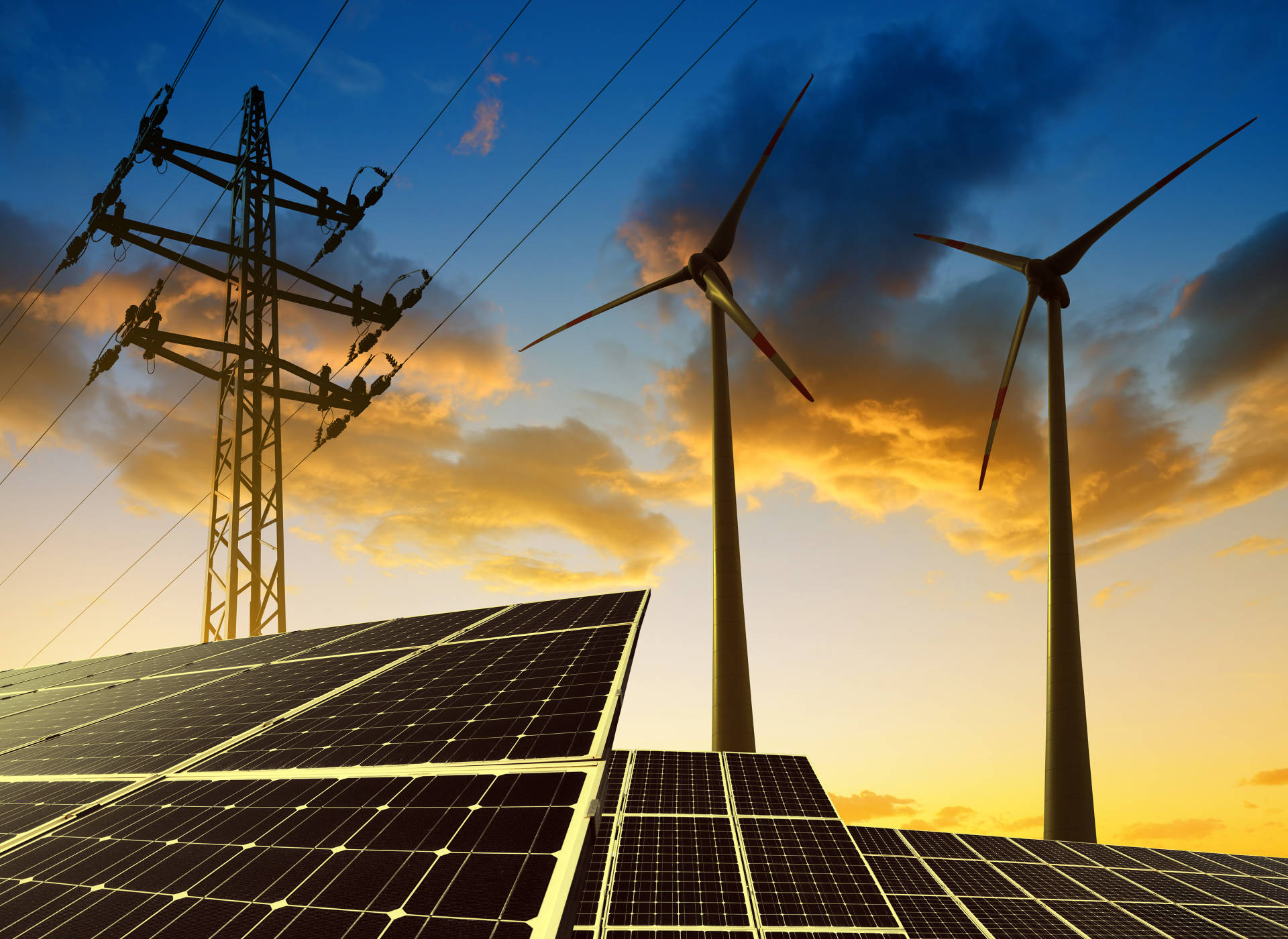 In similar fashion to previous weeks, day-ahead prices in week 17 were strongly linked to expectations about wind output. Prices for day-ahead baseload delivery were at their highest (£56.56/MWh) for delivery on Friday 27th, when wind output was very low (under 2GW). This was the highest price since mid-March 2018 because more expensive coal-fired generation was called upon – particularly across the peak of the day – to meet demand. The week’s lowest price (£47.13/MWh) was for delivery on Monday 23rd April, coinciding with a forecast of high wind output. Actual output was above 9GW across the day, meaning that more expensive forms of generation were not required, keeping the day-ahead price down. 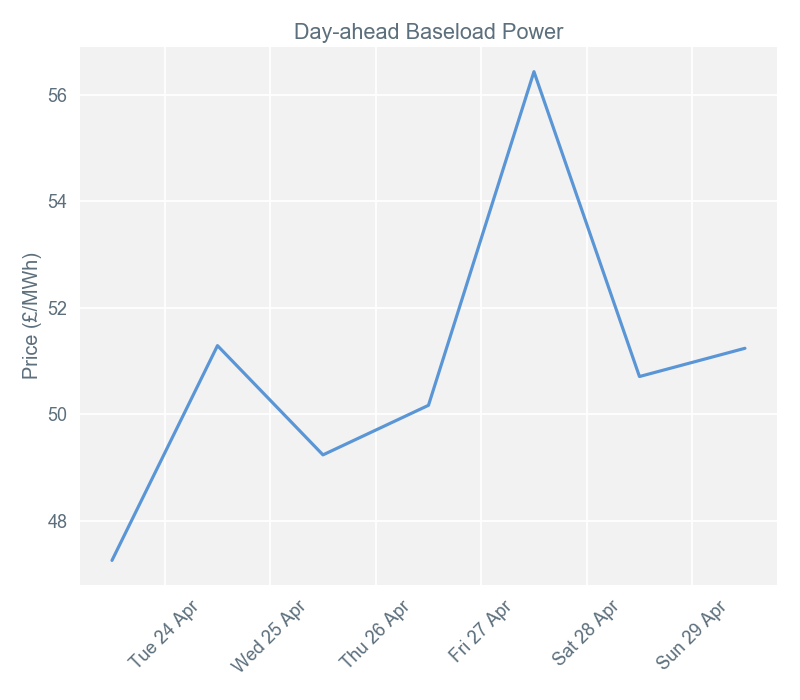 Single imbalance prices during week 17 averaged £46.27/MWh, with several spikes above £100/MWh and a period of negative pricing all included. The price for settlement period 34 (16:30-17:00) on 29th April was the week’s highest at £119.16/MWh, while the UK system was short of generation. The System Operator, National Grid, called upon numerous Combined Cycle Gast Turbine (CCGT) generators, as well as pumped storage hydro, to make up for the shortfall in generation.

The week’s lowest price of -£92.38/MWh was during settlement period 31 (15:00-15:30) on 26th April. During this period, a slight dip in demand took the UK electricity system long – meaning there was excess generation (of over 1000MWh). To balance the system, National Grid paid Humber Gateway offshore wind £153.15/MWh to reduce generation, while Drax Unit 3 received £150/MWh to reduce output. A number of CCGT generators took the opportunity to pay National Grid to not generate, and save on gas costs in the process. 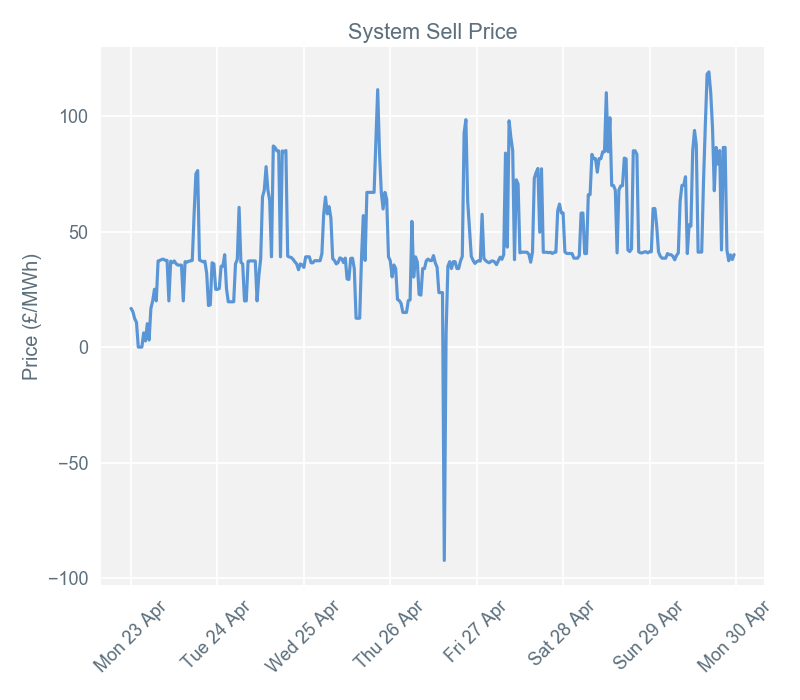 Renewable output was mixed during week 17, with high output between Monday and Thursday that then reduced on Friday and across the weekend.

Wind output was high during the early part of the working week, peaking at almost 12GW on the evening of 23rd April. At this time, it made up over 1/3 of the UK generation mix. However, wind output fell throughout Tuesday 24th before picking up again and reaching almost 12GW on Thursday 26th. That day’s high winds were accompanied by almost 7GW of solar output, meaning renewables were contributing almost 50% of the total generation at that time. 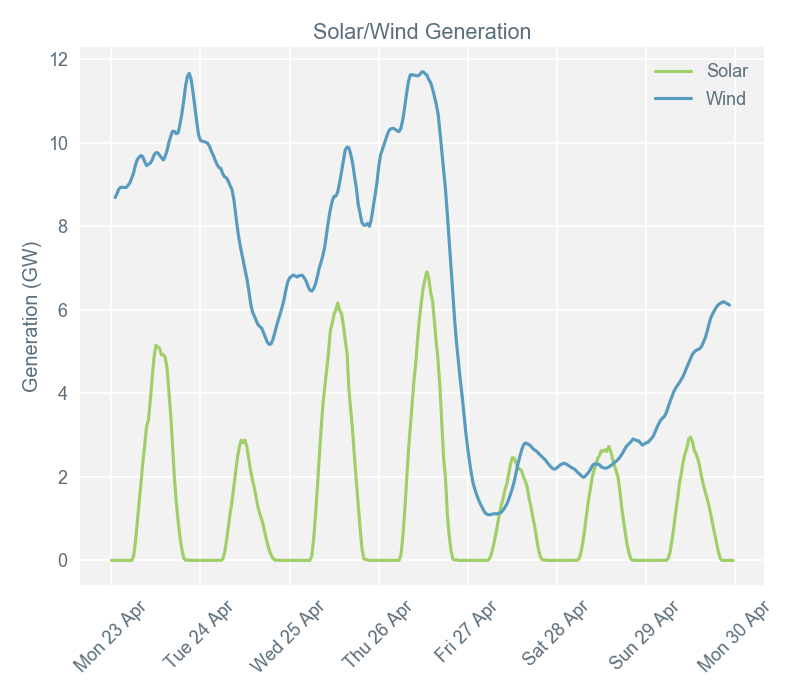 Although prices over the week were generally bullish, seasonal products experienced slight losses on Tuesday after the National Balancing Point (NBP) natural gas price lost value. NBP gains on Wednesday added value to the seasonal power contracts and this theme continued for the rest of the trading week. Additional upward influence came from strong Brent Crude oil prices on Thursday, which hit a 3.5-year high. Friday saw the very front of the UK power curve increase in value, with higher demand expected over the coming days. This was because temperatures below seasonal norms were expected; this additional risk, along with strengthening coal prices, boosted the seasonal contracts. 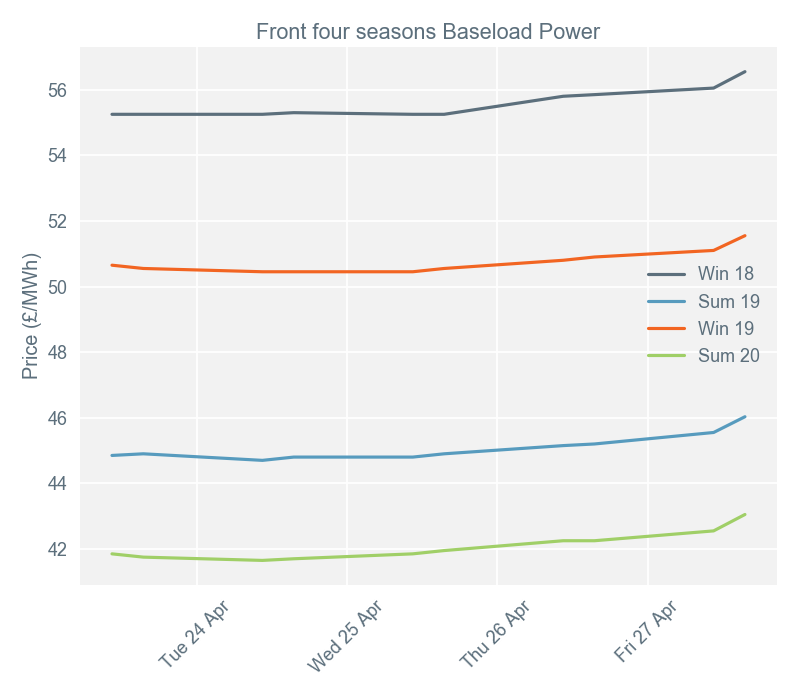 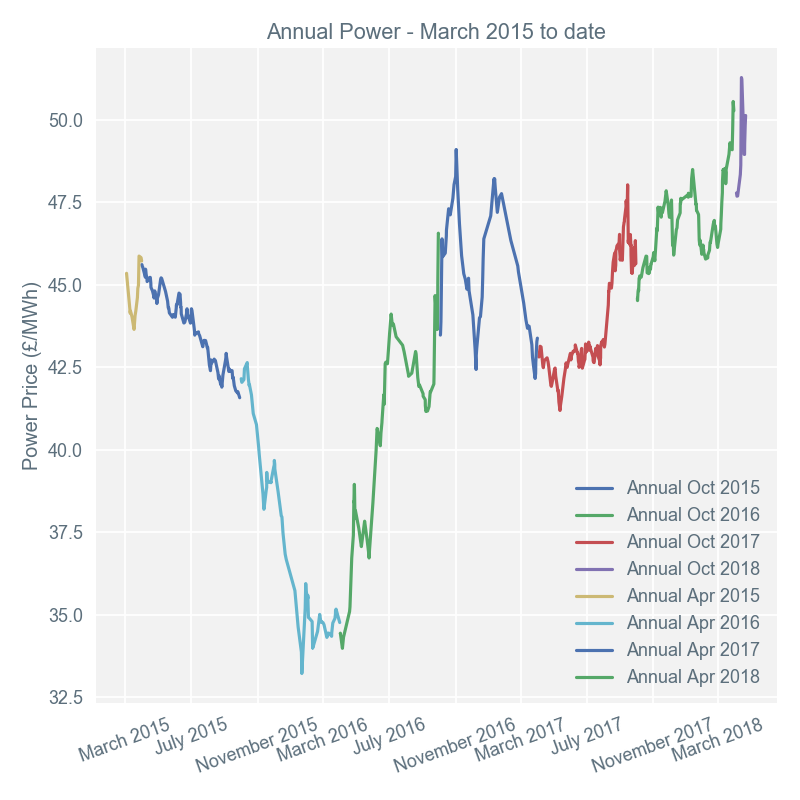