Wind blows away day ahead prices

The Haven Power market report keeps you up to date with energy market changes over the last 7 days.

Here’s a summary of the week starting 26th March: 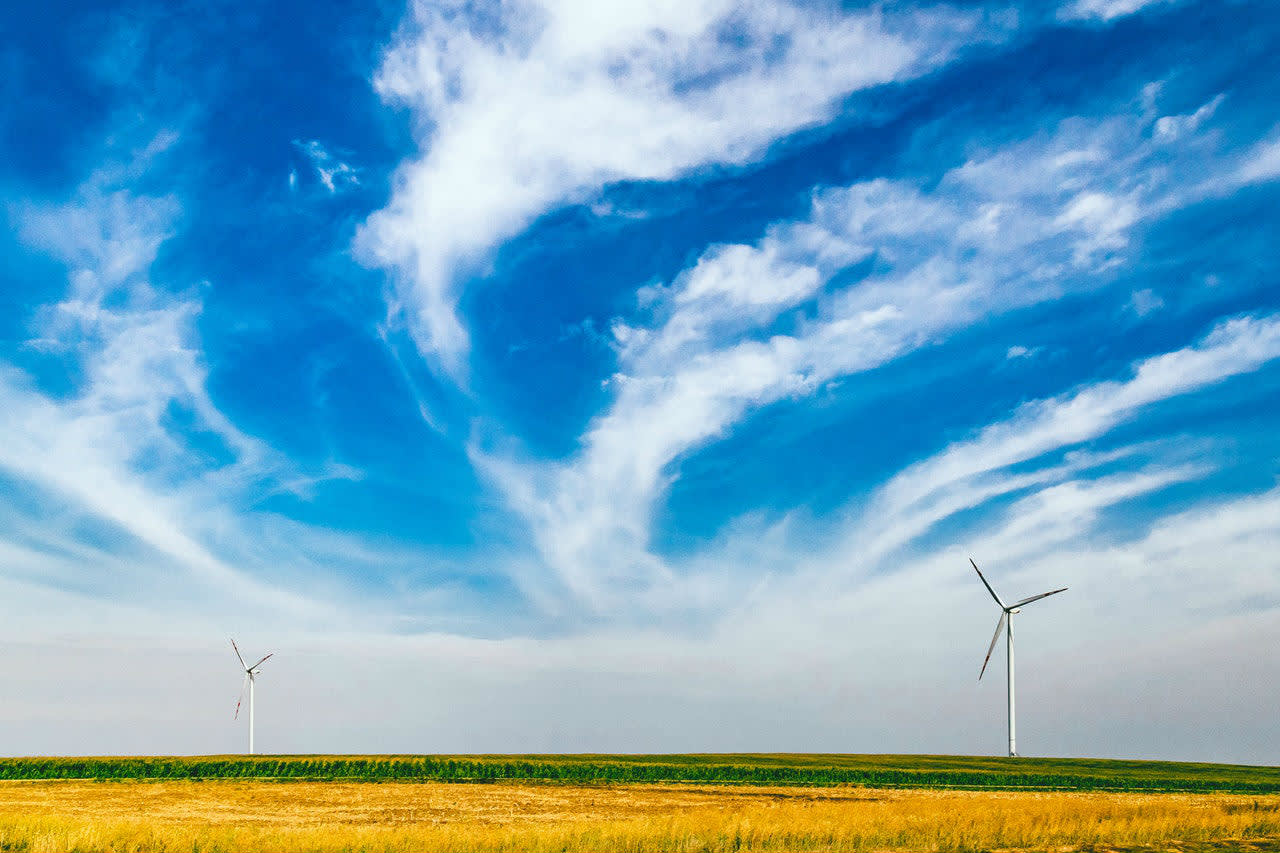 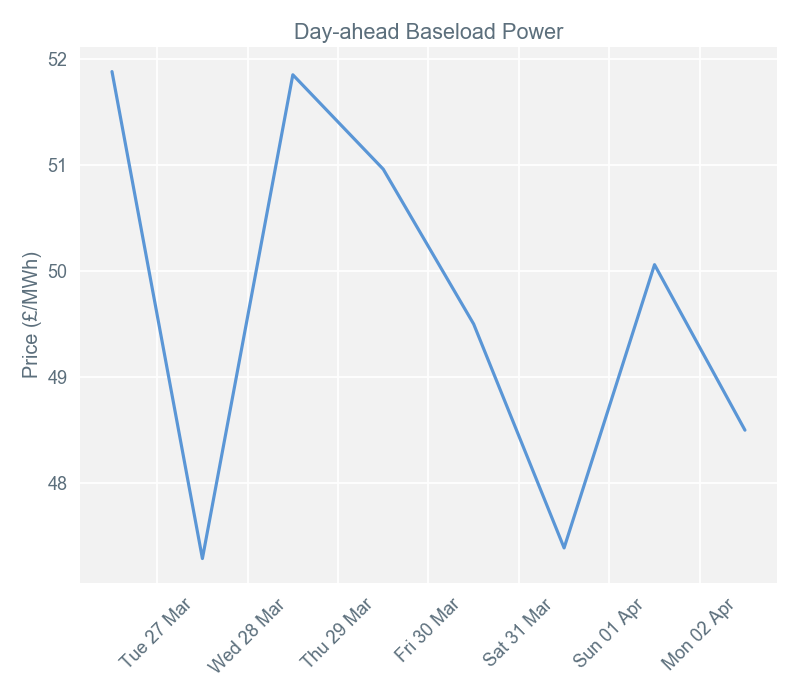 Single imbalance prices during week 13 averaged at £57.63/MWh – up on the previous week – with prices exceeding £100/MWh on numerous occasions.

The price for settlement period 24 (11:30-12:00) on 30th March was the highest for the week at £113.51/MWh. During this period National Grid paid numerous Combined Cycle Gas Turbine (CCGT) plants not to generate; the highest price paid to a generator was £139/MWh to Immingham CHP plant.. The week’s lowest pricing was for settlement period 30 (14:30-15:00) on 28th March. This was also a period of negative imbalance. During this period National Grid again paid a number of CCGT plants not to generate as there was excess generation on the system. Dinorwig pumped storage hydro plant was paid £150/MWh to consume electricity to help ease system stress, it was the cost of this action that had most influence over the final price. 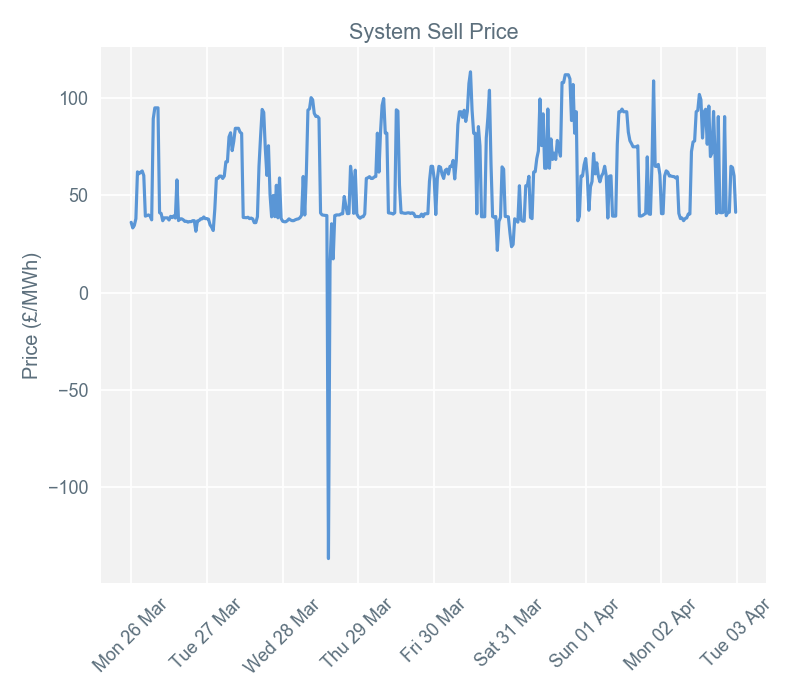 Wind generation fluctuated between less than 1GW on 26th March and 8.5GW on 27th March.

Relatively high solar output of 7GW on 26th March helped plug some of the gap left by low wind output in the middle of the day. High solar output usually helps to suppress system demand as many solar installations are on rooftops, and the buildings on which they sit will often use the electricity generated by the solar panels before drawing from the grid. Solar output remained fairly low for the rest of the week as overcast and rainy conditions arrived for the Easter holiday weekend. 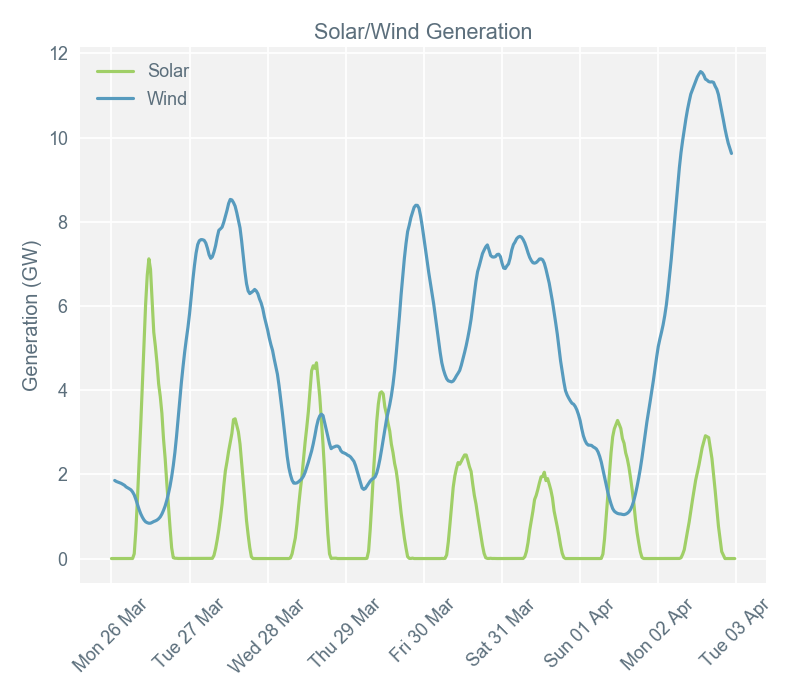 Secure and Promote* (Season +1, +2, +3, +4) baseload contracts gained £1.28/MWh on average as the UK wholesale market experienced bullish conditions again last week, adding to the gains of the week before.

The front season, Summer-18, experienced the largest gains of £1.40/MWh over the course of the week; week 13 was its final week of trading. Gains could be attributed to the strengthening of fuel commodities, notably the Brent crude oil benchmark as well as the European coal benchmark. Strength also came from the NBP gas market as the market reacted to the threat of cold weather. EU Emissions trading system (EU ETS), which has been bullish of late, fell from its seven-year high on Thursday as carbon was sold-off.

Bucking the trend of the rest of the week, seasonal baseload products experienced losses on Thursday morning feeling the influence from near-term products. Near term products lost value amid expectations of both warmer weather and the NBP system receiving an LNG injection; three LNG tankers are due to reach UK shores in the next two weeks, which will improve gas supply. 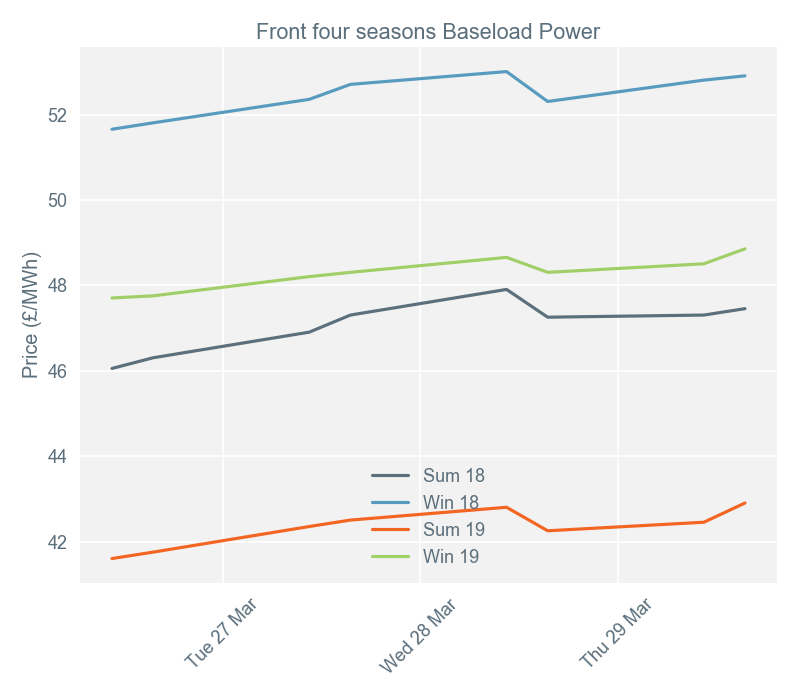 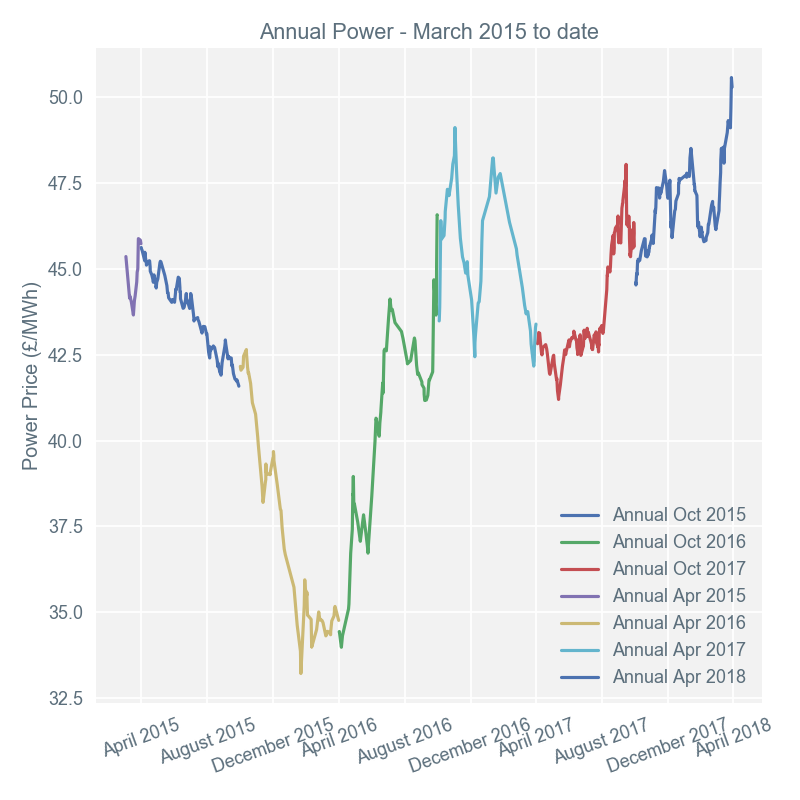