Keep up to date with energy market changes over the last 7 days with the Haven Power market report.

It’s particularly relevant if you’re buying electricity flexibly, or about to sign or renew a fixed electricity contract. Getting these decisions right can reduce your vulnerability to price-peaks in the wholesale market and save you money. 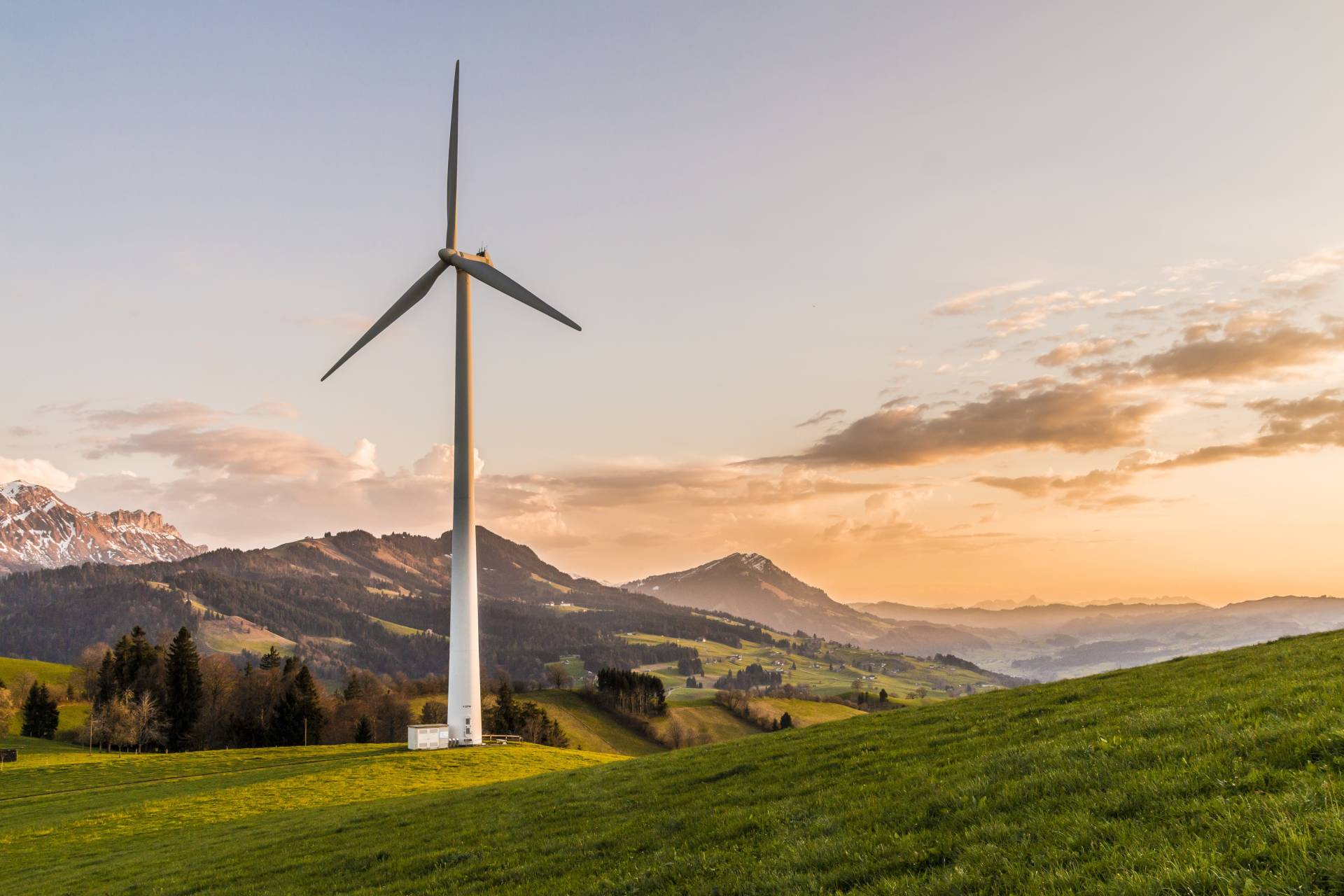 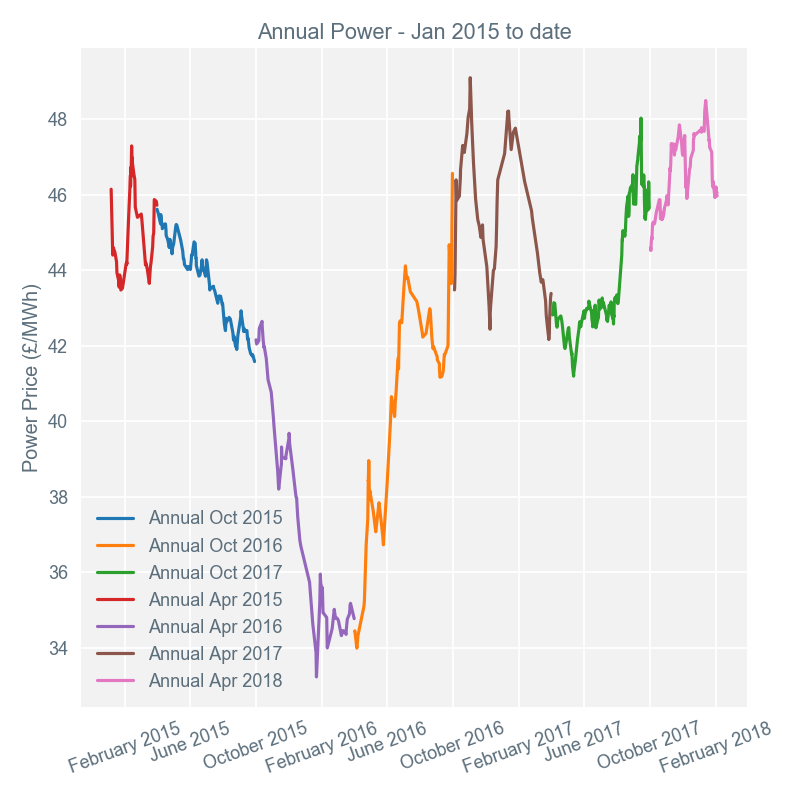 National Balancing Point (NBP) gas contracts were the main driver for electricity price movements, with the NBP curve generally weakening. Interestingly, on Thursday 1st, the Dutch energy regulator announced a near halving of production (compared to the current annual cap) at the Groningen gas field. The aim of this move is to limit the threat posed by the area’s seismic activity. While NBP prices reacted to this news, the UK power curve did not see a significant price hike. 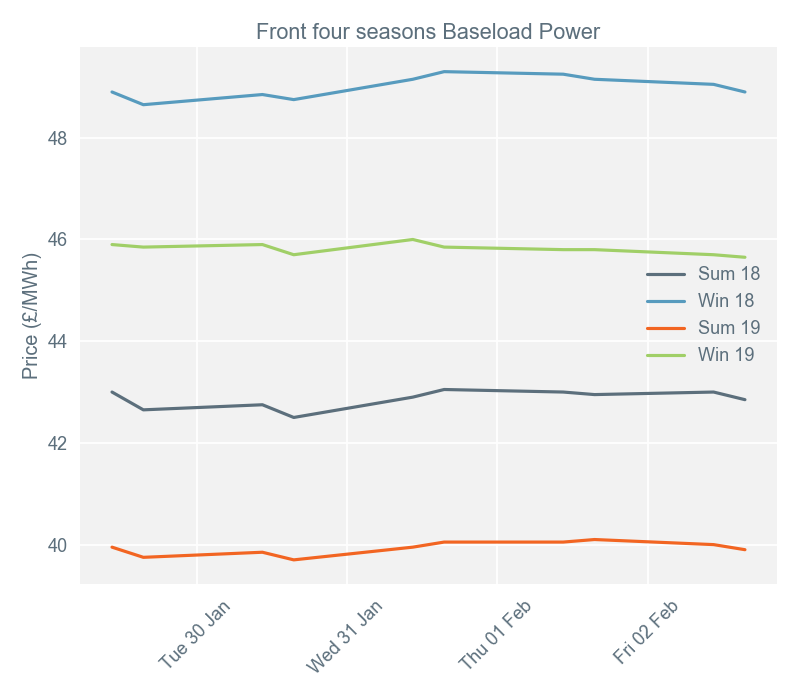 In a week that celebrated ‘groundhog day’, it’s perhaps not surprising that it felt very similar to many other recent weeks: high wind generation forecasts drove down day-ahead prices. High levels of wind output on Monday 29th January resulted in the week’s lowest price (£40.47/MWh) for day-ahead delivery. However, prices picked up for delivery on 30th January, as the forecast was for much lower levels of wind.

Day-ahead prices continued to rise, despite wind forecasts also continuing to increase. These prices may have moved up because of a reduction in nuclear plant availability, after the 640MW Torness Unit 2 came offline on Monday evening. The week’s highest day-ahead prices were for delivery on Saturday 3rd February, when wind output was at its lowest level: just 1.35GW. Peak supply margins are forecast to be much tighter for the week ahead; National Grid anticipates under 5GW of surplus capacity, so day-ahead prices could be more volatile. 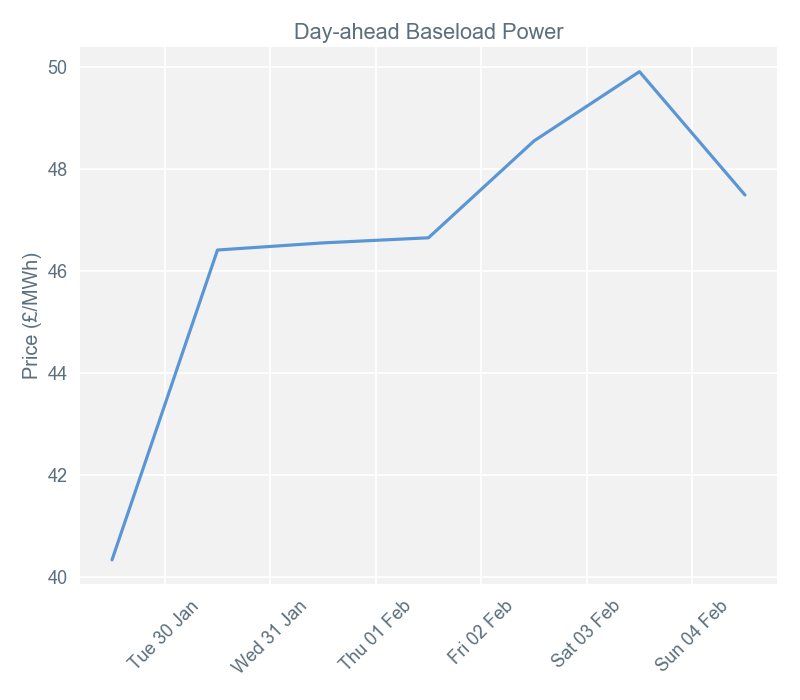 Single imbalance prices over the week averaged £49.31/MWh, reaching a peak of £120.43/MWh during settlement period 36 (17:30-18:00) on 4th February. During this period, National Grid called upon a number of relatively expensive CCGT (Combined Cycle Gas Turbine) and pumped storage hydro plants to increase generation and ease system tightness. This is a frequent occurrence, as the flexibility of these sources allows them to generate at relatively short notice compared to other technologies.

Last week also saw a period of negative imbalance pricing – when the electricity system is typically ‘long’ and there’s significantly more supply than demand. As you may expect, this occurred during a very quiet time for demand: settlement period 8 (03:30-04:00) on Monday 29th January, when demand was just 24.4GW. This was the second lowest period of demand in 2018, after New Year’s Day. During period 8, National Grid paid a number of flexible generators, including hydro plant and one of Drax’s biomass units, to reduce generation output. 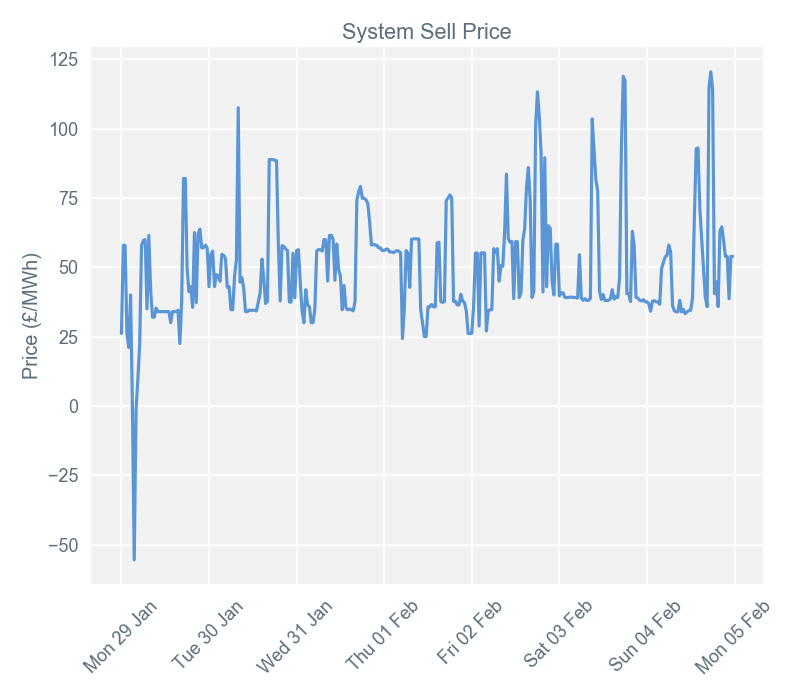 In another windy week for the UK, output levels were over 10GW on a number of days – with the peak at 19:30 on 1st February, with nearly 13GW generating. During this time, wind made up over 27% of the UK fuel mix. However, wind output dropped during the weekend, with just 1.35GW generating during the morning on 3rd February; once again this coincided with the highest day-ahead prices.

During recent winters, cold spells have usually coincided with periods of low wind output. This has resulted in more expensive generation being relied upon to meet the increased demand that cold weather brings. However, things have been different this winter. Uncharacteristic weather conditions and an increase in wind capacity connected to the grid have led to unexpected levels of wind generation during cold spells this winter, reducing the reliance on primarily nuclear generation. 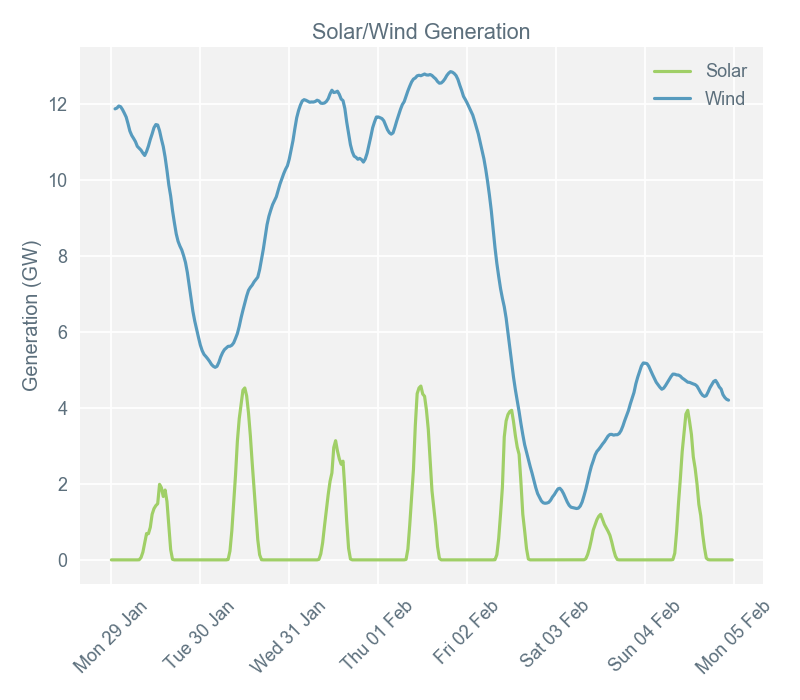 To help you make sense of the industry, you can also use our jargon buster and handy guide to Third Party Costs (currently 60% of your bill). And for interesting articles and useful insights, check out our blogs.